on November 10th, 2019 Posted By BG in Articles
by Rann Miller - Chalkbeat.org 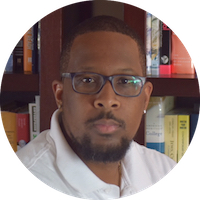 My first day in the classroom is one I’ll never forget. I was given a room of curious sophomore students — 43 of them.

I could feel the lump in my throat and every drop of sweat on my body. I was used to public speaking, and I felt good about what I would be teaching. But in that moment before the first bell rang, I actually thought about walking out.

When the bell rang, I called for the attention of the room. Most of the students didn’t even hear me. I called out again, a little louder. Now more students looked at me, but with some side eye and a few dismissive smirks. Their conversations continued.

I had little to no control over the classroom and it was only the first two minutes. So, I did what any good teacher does who doesn’t know what they’re doing … I acted like I did.

I stepped out from behind the lectern and walked to the middle of the room. “My name is Mr. Miller, and this is research and study skills. I don’t repeat myself, so if you fail to listen, you will fail. If you don’t work in this class, you will fail. If you give me your butt to kiss, I’ll draw a butt and lips on your report card next to your F.”

Some kids laughed, and others rolled their eyes. They knew they were in for a long semester, and so did I.

But through all of the laughs, head-shaking moments, phone calls home, and “come to Jesus” conversations to come, I grew into my role. It was a combination of teacher, mentor, cheerleader, father figure, critic, guidance counselor, advocate, and even social worker. I found that Dr. Brooks, my grad school teacher who encouraged me to enter teaching, was telling the truth — there was a need that I could help fill.

I soon realized that my school’s administration saw another need I could fill: disciplinarian.

I developed a rapport with my students over time and I showed them respect. I earned their trust and collaboration, and that meant I rarely called down to the main office over a student. I did my best to handle things on my own. Being a Black man from Camden, like my kids, didn’t hurt.

But that, being a Black man from Camden, also qualified me for an invisible tax.

Meanwhile, nearly all of the students where I taught, from kindergarten through 12th grade, were students of color.

I now believe it’s why I, a first-year teacher, was given a class of 43 students, often without an aide to assist. The next semester, I was given freshman classes with some of the more “challenging” students. The principal told me she knew I could handle it.

I was a first-year teacher, but it didn’t matter. I was the Black teacher.

I was given lunch duty with more passive teachers. Some days, I was the only teacher. Whenever there was commotion in the hallways and I was near, I was always asked to see about it and break it up. I did what I could, but I cannot say that I wasn’t frustrated.

Teachers often serve as hall monitors and are often called upon to help out. I understood that, but I was no fool. I knew who the strong teachers were and who the weak teachers were, and I was never paired with a strong teacher for any disciplinary purpose. I saw other adults breathe a sigh of relief when they saw me come around the corner. I am not sure what they all thought, but I was not their savior, nor was I trying to be.

However, Black teachers often leave the profession because they are seen and overused as disciplinarians while receiving very little support from administrators, among other reasons.

So if you start this school year with a Black teacher or Black male teacher in your building, and you wish to support that teacher and keep them as part of your school community, keep the following things in mind.

Black teachers are not the school’s de facto disciplinarians. They are not the enforcers of schoolwide discipline policy. They are not the default representative for all Black people. If they go above and beyond for students, that does not absolve others from doing their jobs.

Black teachers do share a collective experience with other Black students, but don’t assume that we are all the same. Use our cultural knowledge to improve the climate and culture of the school community. But don’t abuse it, whether from the classroom or the main office.

I ended my first year feeling drained but accomplished. I grew as a professional and I grew in my craft. I understood that I brought value to my school community. The school community saw my value.

But I continued to be taxed, and I was my entire teaching career. Today, I miss the classroom, but I don’t miss that.

Rann Miller is the director of the 21st Century Community Learning Center, an after-school program in New Jersey. He also served as a school administrator in Camden and taught high school social studies for six years. He last wrote for Chalkbeat about walking his Camden students’ neighborhoods with his colleagues. He publishes an education blog called the Urban Education Mixtape. You can follow him on Twitter @UrbanEdDJ. website.