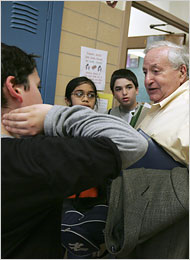 When the Houston Alternative Certification Programs for teacher certification were first introduced in 1987, they were met with a great deal of opposition. Not only were some higher education institutions upset by the expedited process of certifying teachers, but teachers themselves were disgruntled by all of the “newbies” who seemed to take an accelerated course toward becoming teachers.

Although the program met with significant opposition, other states facing a shortage of teachers soon followed suit. Furthermore, the paths that teachers-to-be can take in order to become certified have become quite abundant in states like Texas. This is not to say, however, that quality is being sacrificed in an effort to get more teachers in the classroom. Rather, the programs are closely watched by the State Board of Education in order to ensure certain standards are being met within these alternative programs.

According to Vicky Dill, who was involved in the early stages of development of alternative teacher certification programs in Texas, the programs have met with a great deal of success. In fact, during the first year the program was put in place in Houston, 6,000 people applied to participate. At first, those involved with the program were concerned that the large number of applicants as due to a poor economy. It didn’t take long, however, to find that most of those applying for the program were mostly interested in giving back to society or they had previously had higher paying jobs and could now afford to be a teacher. Furthermore, even as the economy improved in Texas, the number of applicants did not shrink by a significant margin.

Perhaps the most interesting aspect of these alternative teacher certification programs is the fact that research seems to indicate that teachers who are educated through these programs are different from those who go through traditional programs. Since they already have a baccalaureate degree before starting the programs, for example, they tend to be older than other first year teachers. In addition, they bring a significant amount of work experience to the classroom. As a result, statistics indicate that these teachers are more diverse, which means the programs help bring more minorities and male teachers into the classroom. Teachers who complete these programs also tend to stick with teaching longer, most likely because they have made the decision to switch to teaching after already having been in the workforce for a period of time.