on October 28th, 2017 Posted By BG in Articles
By Terrence Martin - Michigan Chronicle 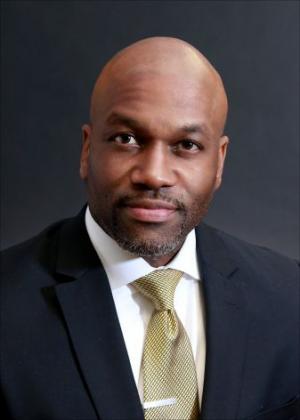 Does that fact deny them the opportunity to be academically successful?

Not necessarily but a recent study suggests that when black men teach black boys the student has a greater opportunity to be successful.

Low-income black students who have at least one black teacher in elementary school are significantly more likely to graduate high school and consider attending college, according to a study published earlier this year by the Institute of Labor Economics. Having at least one black teacher in third through fifth grades, study findings suggest reduced a black student’s probability of dropping out of school by 29 percent. For very low-income black boys, the results are even greater. Their chance of dropping out fell 39 percent.

I taught second and fifth grade at Lynch Elementary School during the 1990s in Detroit.  At that time, the district made a concerted effort and recruit and black men. However, the DPSCD fell on times, which led to series of emergency managers and tens of millions of dollars in teacher salary cuts.

And in a school district with our rich cultural and ethnic composition, that’s a challenge.

Similarly, many other school districts across the country have the same issue. Only 2 percent of the 4.8 million American public schools educators are black men. In fact, teachers are disproportionately female (about 75 percent) and white (about 83 percent), according to recent federal data.

But help appears on the way.

The U.S. Department of Education launched an initiative in 2011 to recruit 80,000 African American male teachers by 2015. The goal wasn’t reached but the effort was a good start. Earlier this year, Fellowship, a Philadelphia nonprofit, announced plans to more than double the number of black male teachers there by 2025.

I know that teaching isn’t a career choice for many men and most of it centers on salary. However, more men are going into teaching. There was a 22 percent increase in the number of male teachers between 1988 and 2012. The increases were especially large among Hispanic and Asian men.  The increases, however, have been more modest among black men.

Moreover, teacher turnover is increasing, and black teachers are more likely than white teachers to leave their jobs. In fact, 50 percent of teachers of color who leave their jobs cite job dissatisfaction, according to Minority Teacher Recruitment Report.

“If having a teacher with high expectations for you matters in high school, imagine how much it matters in the third grade,” Papageorge concluded. “Many of these kids can’t imagine being an educated person and perhaps that’s because they’ve never seen one that looks like them. Then, they get to spend a whole year with one. This one black teacher can change a student’s entire future outlook.”

Twenty years ago, Marygrove College launched an effort to attract black men who wanted to teach. This year, the University of Detroit Mercy and DPSCD partnered to create “We Need Great Teachers.” Now more than ever, we need more buy-in at all levels of the business, faith and grassroots communities to promote this effort. Black men in college as well as guys who are currently in the world of work and looking for a new challenge should consider teaching in Detroit.

Why is it important to have black male teachers in the early grades? Because black men inspire black boys to be confident, to dream and to succeed.