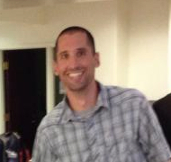 As more parents and primary caregivers work outside the home than ever before, demand for early childhood caregivers is on the rise. More women are forging new careers elsewhere, leaving the field scrambling to keep up, and care professionals are looking at men as a solution.

“We believe that everyone, male or female, brings values to the life of a child and to the (YMCA),” said Teresa Wood-Adams, executive director of Boise’s downtown YMCA.

However, within the early childhood care sector, male caregivers, like Chase Lind, sophomore elementary education major, are struggling with societal stereotypes that discourage men from working in child care.

A survey conducted by The Arbiter was administered to 60 random students on campus regarding gender preference when seeking a caregiver. After, respondents were asked to provide a brief explanation of their choice.

Of the 60 respondents, 42 chose female, two chose male and 17 chose no preference. Those that had a preference for women chose nurturing, caring and male sexual abuse as top reasons for their decision.

The majority of the no preference group stated that qualifications, prior experience and nurturing attitude would weigh heavily upon their decision.

This issue may be impacting both male participation and the child care field as a whole.

In a study by the Bureau of Labor Statistics in 2012, only 5.9 percent of U.S. child care workers and 1.9 percent of preschool and kindergarten teachers were men.

“Men are a small minority of childcare workers, and this has contributed to skills shortages which have affected the sector’s ability to meet rising demand,” said Heather Rolfe, principal research fellow for the National Institute Economic Review in her article “Where are the Men? Gender Segregation in the Childcare and Early Years Sector.”

A forum held by the National Association for the Education of Young Children posited stereotypes and assumptions associated with gender can negatively affect equal opportunity. As a result, education, career and employment opportunities are diminished.

Support for gender diversity and equality are being implemented to alleviate this issue.

The NAEYC has made program recommendations within the field to address stereotypes and assumptions about men in the field. The challenge for professionals will be to accept the necessity of men in the workplace culture.

NAEYC’s main goal is getting others to recognize and treat men as equally valuable and as assets to the organizations and communities they work for.

Lind started doing child care through his religious organization. At first, people were apprehensive of a male overseeing the children. Now, Lind’s gender is not an issue.