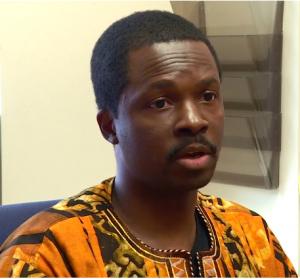 If you look inside many of America’s classrooms, you’ll notice someone is missing: black male teachers.

According to the latest data from the U.S. Department of Education, only 2 percent of the country’s teaching workforce are black males.

The phenomenon has not been lost on educators like Bowie State University professor Dr. Julius Davis. He recently undertook an effort to increase the number of black male teachers that can be found in DMV classrooms.

The University System of Maryland awarded Davis a $44,000 grant to operate a center at Bowie State that specializes in the research and mentorship of black male students and teachers.

“I think it’s important for young black male students to see a black male who looks like them in an academic setting doing intellectual work,” Davis said.

“We have to bridge research, theory and practice,” Davis said. “We can’t just live in a research world if we want to change the trajectory of black males.”

Davis said having more black male teachers in schools can also break down negative stereotypes students of other cultural backgrounds may have.

“I also think it’s beneficial for other students who might not have had a black male teacher throughout their whole academic career for them to get to know black men outside of the stereotypical images that you see on the news and different platforms,” Davis said.

The U.S. Department of Education in the 2016 report “The State of Racial Diversity in the Educator Workforce” also cited a study that found teachers of color are more likely to have higher expectations of students of color.

Desmond Williams, who has worked as both a principal and teacher in the District of Columbia, he agrees with that research.

Williams, who is also writing a book named “The Burning House: Educating Black Boys in Modern America,” say pay and the quality of life can sometimes turn off black males from becoming teachers. But, he said he believe it is ultimately a rewarding experience for those who choose to enter the field.

“You can make a difference in making someone feel as though, regardless the situation I come from, I can be inspired to be anything I would like to be,” Williams said.

Davis said the Bowie State program will start this academic year. It is currently identifying other grant opportunities as well.

Black male students who are interested in possibly participating in the program are encouraged to email Davis at JLDavis@bowiestate.edu.Watch several videos.