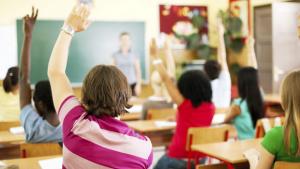 Teachers across Canada are having their reputations ruined as increasing numbers get falsely accused of abusing their students, or acting inappropriately with them, experts say.

“We are getting more and more ‘teacher-talk’ evidence and teacher narratives that clearly indicate that false accusations are on the rise,” Jon Bradley, associate professor of education at McGill University, told CBCNews via email.

“Active parents are making things, in some cases, very difficult,” he said.

University of Ottawa faculty of education professor Joel Westheimer told CBC’s Ottawa Morning that incidents of false allegations used to be fairly rare in both Canada and the United States.

“In recent years they’ve been growing dramatically,” he said. “More and more teachers are being accused of often frivolous [things].”

Westheimer slammed school administrators for being “spineless” for automatically ordering investigations regardless of how credible the allegation of abuse may be.

The issue is making waves following the case of an Ontario substitute teacher who was accused of abuse after telling a grade 5 student not to throw out his banana.The Children’s Aid Society recently concluded the abuse allegation was unfounded.

‘Parents too quick to point fingers’

In an article published last year for the Canadian Education Association website entitled, False Accusations: A Growing Fear in the Classroom, Bradley wrote that some lies are being told about teachers by students who, “find support in parents and friends who are far too quick to point fingers.”

Local teachers unions and other educational authorities are “struggling to identify such incidents,” he wrote. But at the same time, he wrote, they appear “ill-equipped to develop realistic procedures and plans that safeguard due process and the reputations of those falsely accused.”

The number of false allegations being made against teachers is difficult to determine as there is no central database or available statistics about the issue.

But in a study conducted at Nipissing University, entitled “A Report on the Professional Journey of Male Primary-Junior teachers in Ontario,” nearly 13 per cent of male educators said they had been falsely accused. The study had 223 respondents across Ontario.

“I think it’s pretty prevalent,” said Professor Douglas Gosse, one of the authors of the study.

“There’s a general belief among many teachers that the pendulum has swung too far,” he said, adding that male teachers in particular seem to be targeted more.”

“We all want to protect our children but I liken it to racial profiling. I think we have to be very careful that we don’t have these prejudices because of the person’s gender and at the same time we definitely have to take any accusation quite seriously. But some of them are unfounded.”

“I think that information should be documented and I suspect that the number of cases that are simply dismissed are huge. I can’t say if it’s a majority or not but I know that many, many of these incidents are dismissed because of lack of evidence.”

Teachers are often devastated by these allegations, which can drag out for many months, he said.

“The men that we interviewed were under extreme psychological stress. It affected their family, their wives, their children. Even when it was resolved, it still had long-lasting psychological damage.”

In his article, Bradley wrote that in one particular case, a teacher accused of physical assault committed suicide, even though he was cleared of the charges and the student recanted.

“While it may never be proven, his family (and many colleagues) share the view that [he] sought this drastic release because he could not bear the stain of a false accusation and the thought that his whole career was on the line,” Bradley wrote.

It’s also difficult to determine how many teachers leave the profession because they’ve been falsely accused, he added.

Bradley said children must be protected and teachers who would abuse students must be expelled from the school system. But there must also be mechanisms that protect the rights of innocent teachers, he said.

And little is done to hold students accountable for making up stories, Bradley added.

“In case after case, parents leap to the defence of apparently ‘abused’ children and, when the dust has settled, offer no compensation to the aggrieved teacher,” Bradley wrote. “This skewed arrangement puts more emphasis on unsupported adolescent narratives than on verifiable facts.”