on December 5th, 2011 Posted By BG in Articles
by CBCNews - Canada 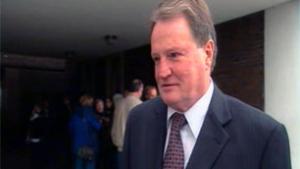 A Quebec elementary school gym teacher says he is struggling to rebuild his life after having been falsely accused of sexual touching.

A rumour began circulating at Henri Fournier’s school in February 2008 involving 19 girls between the ages of eight and 13 who accused him of inappropriately touching girls, sometimes in front of other students.

He was eventually arrested on 34 charges of sexual touching and spent a week in custody. The case gained a great deal of media attention.

But 20 months later, Fournier — the only male teacher at the school — was cleared on all charges.

Before the trial began, two of the girls recanted. Then at trial, Fournier testified he thought a nasty squabble and feelings of jealousy between two girls spiralled into allegations against him.

During the trial, the judge said that the young girls who accused Fournier contradicted each other in their testimony. When he acquitted Fournier, the judge said the actions described by the girls were not inappropriate acts of a sexual nature but were part of the teacher’s warm, paternal approach with children.

Difficult to return to work

Throughout the ordeal, Fournier was supported by his colleagues.

In January, he returned to the school where he had taught for a dozen years and was greeted by welcome banners.

But he only lasted four days.

“I went to the principal and said, ‘I can’t’. It’s too hard with the five girls still there and crossing me in the hall.”

Fournier said he can no longer teach the way he used to.

“When you start the routine of teaching, it comes and hits you in the face,” he said. “They love you. They want to give hugs and everything.

Fournier is still fighting the Grandes-Seigneurs School Board for back pay for the time he was suspended, and he owes tens of thousands of dollars in legal fees.

He said he is trying to muster the courage to return to school in the fall.

“I want to give it another try. I wouldn’t want to finish my career like that.”

The Montreal Teachers Association, which represents teachers with the city’s English school board, said it is familiar with cases like Fournier’s.

In 2001, a teacher at Montreal’s Beechwood School was awarded $70,000 after the Quebec Superior Court ruled he was the victim of a parent’s malicious campaign to destroy his reputation.

The man had falsely accused the teacher, David Fletcher, of having molested his daughter.

“We did believe that there had to be a certain balance struck because there is … a huge risk,” said union spokesman John Winrow. “In Dave Fletcher’s case, I think we were successful demonstrating that there can be false allegations, that they have immensely damaging effects on the teacher, that it can be a horrible injustice.”

Situations like Fournier’s have the effect of discouraging men from a career in teaching younger children, even while elementary schools are desperate for more men to act as role models, said McGill University education professor Jon Bradley, who is doing research on males in the education system.

Male teachers also express fear of being too nurturing or affectionate, said Bradley.

“I have male students who have a ritual — they will never be alone in a classroom with a student. They will never close their classroom door,” he said. “Their fear is [of] being falsely accused.”

Despite the risk associated with becoming a primary school teacher, Fournier said he would encourage other men to pursue the career.

“Because we don’t have enough and they need role models,” he said.