on May 9th, 2015 Posted By BG in Articles
by Maureen Downey - Atlanta Constitution Journal 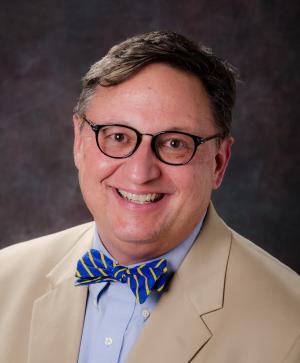 The state Department of Education announced the Georgia Teacher of the Year today.

Interesting to see that six of the 10 finalists, including the winner, are male teachers. (Nationwide, 84 percent of k-12 teachers are women.)

Here is the DOE release:

Ernest William Lee, II, an International Baccalaureate history, U.S. government and civics teacher from Windsor Forest High in Savannah, has been named the 2016 Georgia Teacher of the Year.

Mr. Lee was named the winner of the award at the annual Georgia Teacher of the Year banquet held at the James H. “Sloppy” Floyd Veterans Memorial Building in Atlanta.

As Georgia Teacher of the Year, Mr. Lee will serve as an advocate for public education in Georgia.

Mr. Lee was a lawyer for over 20 years before becoming a teacher. He also worked as an instructor for the Georgia Departments of Revenue and Human Resources, and the Technical College System of Georgia, where he operated a mobile technology training lab, developed learning protocols and curriculum and trained newly hired manufacturing plant employees for new technology positions.

Several events in his life led him to ask the question “What have you done to make a lasting and positive impact on the community and the lives of others?” In 2008, he started as a full-time substitute teacher.

After his time as a substitute, Lee began his educational career as a special education inclusion teacher then moved to teaching International Baccalaureate History, U.S. Government and Civics.

“I congratulate Mr. Lee on being named the 2016 Georgia Teacher of the Year,” State School Superintendent Richard Woods said. “It is inspiring to see an individual like Mr. Lee, who had a successful career as a lawyer, decide to become a teacher later in life so he could have a lasting and positive impact on the lives of others. I look forward to working closely with Mr. Lee this year to help our schools serve students better than ever.”

Mr. Lee is the chair of the Board of Directors of the Ben Marion Institute for Social Justice. This organization presents workshops both nationally and internationally to the public and private sector to help prevent bullying.

As Georgia Teacher of the Year, Mr. Lee will represent Georgia teachers by speaking to the public about the teaching profession and possibly conducting workshops and programs for educators. He will also compete for the 2016 National Teacher of the Year.