on October 1st, 2015 Posted By BG in Articles
By Emma Brown - Washington Post 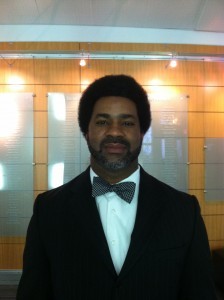 But how to make that happen?

One Philadelphia principal is trying to do his part by launching a new organization that aims to bring together Philly’s black male educators and provide them with professional support to thrive in their jobs. The group, called The Fellowship, also wants to become a hub for the recruitment and retention of black men in education.

“We want to be able to affect policy as well as practice,” said Sharif El-Mekki, the principal of Mastery Charter School’s Shoemaker campus in southwest Philadelphia, not far from where El-Mekki grew up.

The group will launch officially with an Oct. 1 event expected to bring together about 150 men, including William Hite, the superintendent of Philadelphia schools. Among the first initiatives is a project to collect and share black men’s stories about why they teach.

The formal launch comes after about a year of informal meetings in Philadelphia among a small group of black men in education. They discussed issues they saw in their schools and in their jobs, El-Mekki said, including common complaints like administrators treating black male teachers as disciplinarians but not as instructional experts, and schools not making a concerted effort to improve teacher diversity.

But even schools that want a diverse teaching workforce can have trouble creating it. El-Mekki said his school is an example: Of about 60 classroom teachers at Mastery Shoemaker, he said, just three are black men.

There just aren’t a lot of black men clamoring for teaching jobs, El-Mekki said. Black boys don’t see teachers who look like them, he said, and educators — including black educators — don’t necessarily tell promising young black students that they should consider a teaching career.

“I don’t think that seed is being planted,” he said. “We have to talk about it with black youth.”

El-Mekki said he never considered becoming a teacher. Then, at age 21, he was shot during a pick-up football game and left for dead.

Recovering from that trauma gave him occasion to reflect. He wasn’t happy in his job counseling young people in the criminal justice system. Someone told him that working in the classroom could help him change children’s lives, and in that way, change the world. He had wanted to work in social justice, and even though his parents were Black Panther members and his mother was an elementary school teacher, he didn’t see the connection between activism and public education until someone else made it explicit.

Now he’s a 23-year veteran of public education who just finished serving a yearlong fellowship as a principal ambassador for the U.S. Education Department, responsible for offering feedback on the Obama administration’s education policies.

“Once I got into the classroom I saw, oh, this really is a social justice issue,” El-Mekki said. “That’s why I stayed. This was an opportunity to really effect change.”

Emma Brown writes about national education and about people with a stake in schools, including teachers, parents and kids.