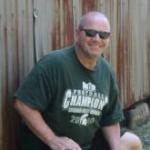 Training for the profession of teaching, even in 1971, was not the easiest major to enter at Michigan State. When I transferred from Central Michigan as a junior, I was headed into secondary education, as I mentioned in my initial blog entry. After the first term, I decided to switch my major to elementary after several conversations with my oldest brother and his wife, both of whom were teachers. After applying to do so, I had to prove some sort of ability, interest and dedication to the career. Not to mention just how much I personally liked the little ones and how I interacted with them. The anticipated switch began with “Ed 101A”, an intro to elementary teaching.

I really didn’t know what was ahead of me. When I was accepted into this program, I was assigned to a suburban Lansing school, a rather affluent one at that. There were high expectations for the teachers in this district since many MSU professors and successful professionals lived there. And this was their flagship building. No pressure there! I was assigned a third grade teacher as a mentor and person who judged my success. This was no easy task for either of us. I had not taken any methods classes and had no idea what a lesson plan was, let alone been in front of 20-some eight year olds. I read books to them, assisted my supervising teacher in numerous ways, did recess duty, all the normal activities of a teacher but without the responsibility of planning for it. This continued for most of the term, two or three times per week. (MSU had three ten-week terms in those days.) Once a week, we met with our professor back on campus to evaluate and discuss our week. Successes and failures! But after ten weeks, I passed! Accepted and ready to forge ahead with my new career choice. The sense of anticipation at that time overcame the ignorance of what was ahead.

The ensuing two years proved rather eventful. There were classes for children’s literature (kiddie lit), math methods, science methods, social studies methods, reading methods, reading lab, math lab, science lab, and student teaching at the end. Many of these classes were led by graduate assistants. While this may sound like a cheap way for MSU to educate future teachers, it really made sense. We had several full professors, to be sure. They were all very knowledgeable and full of ideas. Some of them were nationally recognized experts in their field. But in my opinion, the grad assistants were the most helpful.

One of my memorable ones was my kiddie lit instructor. After having read nothing but adult novels like Catch-22 and Catcher in the Rye in the recent past, the world of children’s literature opened my eyes to a whole new world. Judy Blume, Shel Silverstein, Maurice Sendak, and Dr. Seuss became just a few of my favorites thanks to her. But the most memorable was a guy named Evan. He had been a teacher in the upper elementary grades. In those days, men for the most part didn’t teach anything before grades four or five. Because of the fact that I was the only male in his class and cohort group, he and I formed a unique bond. This was demonstrated in a few conversations outside of the classroom in Erickson Hall, the MSU College of Education building. They usually were just as a couple buddies talking about the stuff guys talk about. How the Spartan football and basketball teams had done, cars, what he and I liked to do in our down time. But one day, we strayed into the circumstances of being a male teacher in the elementary grades.

He was real and honest. He had been a teacher in Lansing, a district very similar in size and demographics to Racine. It was not only a discussion of guy things but what the “real world of teaching” was like. It was a world of lesson plans, setting goals for your students, working with parents, dealing with administration and other topics that were so numerous that I can’t remember. One of the most important topics was the fact that the majority of our colleagues were female. That alone changed the dynamics of the workplace and came with the expected warnings of interactions with my female colleagues. This was good advice and things I had already anticipated. More important were the the admonishments on dealing with principals with control issues and female students, in particular middle school age. This would become an issue from forgettable and incidental to losing my job. Principals both saved my butt in a couple situations and caused major career “interruptions” in others.Read his entire blog.