on December 24th, 2012 Posted By BG in Articles
By Theodore Kokoros - Wheelock College 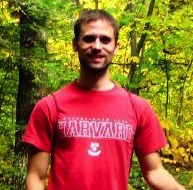 About 5 years ago a movie starring Kristen Stewart, Adam Brody, and Meg Ryan came out called “In The Land of Women.” I have only seen a few parts of it while flipping through channels on cable, but the title of the movie has always stuck with me. Five days a week, I wake up and head to my main job as a Pre-K teacher at a non-profit Early Childhood Education Center in Boston where I am the only male out of the 20 or so employees. (In the past 10 years, there have been a couple of other men who have worked there). After I leave that job, I head to my secondary job teaching Early Childhood Education classes at a couple local colleges. I have taught four total college courses so far and have had only one male student. My experience is not atypical; most of the research I have seen puts the number of male teachers in the ECE field at 5% or lower. To put it another way, to be a man in ECE is to be a man in the land of women. In the following paragraphs, I want to discuss why I think there are so few men in ECE, my experiences in the field, and give some words of encouragement to men who might be interested in entering the field.

Unfortunately, I believe if a boy or even a grown man told his other male peers that he wanted to work as a preschool teacher or even more so with younger children like toddlers and infants, he might hear something to the effect of “dude, that’s so gay” (the use of “gay” as an insult is obviously horrible as is the idea that there would be something wrong if a gay man worked in ECE ). There is an even worse societal stereotype that men who want to work with young children are perverts, exacerbated by the priest abuse scandal. The specter of being thought of as being gay or unmanly or a pervert no doubt drives huge swaths of men away from the field, and I fully admit it was one of the things that I had to get over before sticking with ECE as a career. Additionally, there is the just general “ick factor” that most likely is stronger in men regarding the possibility of changing diapers which was a huge factor in me focusing on older Preschoolers and Pre-K in my career vs. working with infants and toddlers. Low pay is another key driver. Though things are changing regarding the patriarchal notion that men are the “bread winners”, that view still exists and most men do not want to be in a field where there is little hope for high pay.

At this point, you may be wondering why I ended up in ECE. I wish I could tell you it was a natural calling that I had been planning since I was young, but I did it on a whim. Upon finishing high school, I was directionless with limited options, since my academic career was less than stellar. I had done some work at summer camps and as a babysitter and just checked off “Early Childhood Education” as my preferred major on my applications since it seemed like it would be the least boring out of all the possible options. I was still not completely sold on ECE as my major until I had my first Internship in a Pre-K classroom. I still vividly remember my first day of my internship when we went outside for outdoor play. I found one of those small Hutch Footballs on the ground and did what for me was the reflexive reaction to finding a Hutch Football – throwing it as high up in the air as a possibly and catching it. The second I did this, half of the children in the class started yelling for me to throw it up high again. This soon turned into games of both catch and “punt return” with the children. At the end of the day, I did not know if ECE was going to be my life long career, but I did know that the prospect of getting paid to spend time outside throwing a ball around seemed awesome.

I have been working in ECE for about 10 years now mostly with 4 and 5 year olds and am happy to report it has been awesome. In that time, I have learned that being in ECE is a lot more than just throwing a ball around. When reading books, I get to pretend to be Mo Williams “Pigeon” or Joe Scieszka “Wolf.” I get to turn bowling into a counting and addition math activity. I get to make volcanoes explode. I get to build towers with legos and blocks. I get to roar like a dinosaur. I get to try to build giant snowmen and forts. I get to braid hair.

Actually, that last one was a lie; I have never braided anyone’s hair while working in ECE, nor do I have the slightest idea how to braid hair. I have seen many of my female teachers teach girls how to braid hair, but I don’t see them playing football with the children nearly as often as I do, or the few other men who I have known in the ECE field. I don’t say that to disparage any of my female coworkers or to say football is more valuable than braiding hair (one teaches fine motor skills while the other teaches gross motor). In addition, I have no idea if the differences I see between men in women in the field are due to genetic or environmental factors. From my anecdotal evidence, men and women on average seem to interact with children differently, and children respond to them differently. This means men might be able to provide children with important experiences that they are currently missing out on.

I want to encourage any man who is considering going into the ECE field to go for it. Not only will you will be able to race toy cars, throw balls around, and build block towers, but you could have a truly positive impact on a young child’s life, particularly on a child who does not have any male role models. Working in ECE is about both nurturing and educating children. Having a man in the class giving children hugs, helping put band aids on booboos, and just being a nurturing figure can hopefully show boys and girls that caring about others is part of what it means to be a man. I was lucky because even though I was raised by a single mom, I had an older brother, uncles, and my good friend’s dad, who all serve as positive male role models in my life.

Moreover, I am happy to report in my experience that despite the possible negative stereotypes I discussed earlier, the vast majority of co-workers, parents, and directors I have met in the field are extremely happy to see a male in the field. You may actually be more likely to get a job if you are a qualified man.

Teddy has worked for over 8 years  as a Pre-K Teacher at the non-profit Transportation Children Center in Boston.  he also works as an adjunct professor  in the Early Childhood Education Departments of Fisher College and Bay State College. He got his Master’s in Education from The Harvard Graduate School of Education with a concentration in Language and Literacy, a Bachelor’s degree from UMass Boston in Sociology, and an Associate’s Degree in Early Childhood Education from Bay State College. You most likely will find him biking along the Charles River or talking about the Red Sox.