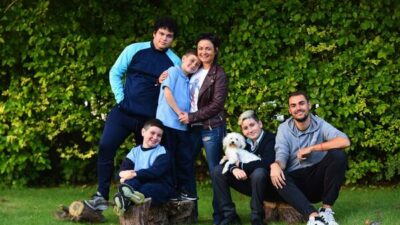 International Nannies Week was celebrated recently and if ever there was a profession worth lauding, it’s this one.

Every sticky, finger-squished chocolate biscuit, or slobbery kiss our hard-working nannies get is fully deserved. As they celebrate, there is a minority among their number who might be slightly more muted, particularly in Ireland. The male nanny, or “manny” as they are known, is a rare sight on these shores and it might be time we saw more of them.

“The vast majority of our caregivers are female,” says Catherine Wickham of MindME.ie, an agency dedicated to finding the right nanny for their clients.

“Unfortunately, there is a lot of stigma around male nannies and men in childcare generally. A male carer can be just as safe, caring, and responsible as a female one and ultimately, we would like to see parents screening the caregiver not the gender.”

Actress Fiona O’Carroll hired her first male nanny at the request of her sons.

“I have four boys,” says the star of Mrs Brown’s Boys. “We were on the lookout for someone new to look after them and they asked if we could get a boy to do it.”

The search proved quite difficult, but eventually Fiona met and interviewed Franco.

“He is from Chile and was over here to improve his English,” she recalls. “I sat down with him for 20 minutes and knew straight away he was the person for the job. I just got a good vibe from him. I was following my boys’ lead and I thought it wouldn’t be a bad idea to have a big brother around.”

Franco moved in with his adopted family just before lockdown in March 2020 and though much of the communication was done through Google Translate for the first few months, he became integral to the family. 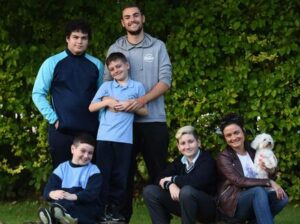 The mechanical engineer moved back home earlier this year and now Aitor from the Basque Country has taken over the reins.

“He sent 100 applications before he found us,” says Fiona, “and only got 20 replies. One included a response from a man who said he’d never let another man look after his daughters.”

Male nannies like Franco and Aitor are few and far between and that dearth is reflected in the Early Childhood Care and Education (ECCE) sector too.

When it comes to numbers of men working in ECCE, Ireland is way behind many of its European counterparts. Just 2% of the workforce is male, compared to 16% in Germany and a whopping 20% in Norway.

So while children are growing up in a society that is focusing more than ever on equality issues, many children in ECCE have no contact with men between drop off and going-home time.

Mick Kenny is one of the exceptions. The Kilkenny native manages two community services in Urlingford and Johnstown and has been working in the sector since the mid 1990s.

“When I was young, I was very involved in the scouts and I loved the idea of being in the community and helping people,” he says.

“Much to my surprise, I got the job,” says Mick. “I think the fact that the manager had worked in Manchester for years and was used to having men working in centres over there meant she was keen on men being in the sector.”

For the first two weeks in his new job, Mick “hid behind the fountain” because he “didn’t want to upset the kids”.

“On the first morning when the parents came in to drop off their kids, the kids hadn’t a bother on them but a few of the parents’ jaws dropped,” says Mick. “It wasn’t that they were necessarily worried, it’s just that they didn’t expect to see me there.”

Mick, the children he worked with and their parents quickly got used to his presence but the sector as a whole still has a long way to go. While equality in what were traditionally male only workforces such as the gardaí and the army is slowly heading in the right direction, it is not being mirrored in traditionally female dominated workforces.

So why are there so few men working in the childcare sector in Ireland?

“I think it comes down to our history,” says Leah Russell, a lecturer in early childhood education and care at Progressive College, Dublin. “If you look back at our constitution and how it was set up, women were kept at home, and up until the very late 70s women couldn’t work once they got married. When that changed and women went back out to work, early childhood education was more about facilitating that shift so women could get into the workforce. It wasn’t about the education side of it and really it still isn’t valued as part of education in Ireland.”

That’s despite the fact that the early years in a person’s life are perhaps the most critical when it comes to their development. 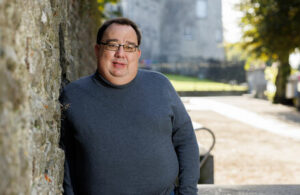 “We know from studies in neuroscience and reports that the first five years of a person’s life are the most important in terms of their brain development,” says Leah. “We are laying the foundations for who these people will be and people don’t really understand that I think. For most, it’s about having a place for your child while you can go to work. But we are building children’s brains really. That’s what’s so rewarding about it.”

That perception, Leah feels, is the main blocker to men joining the industry but there are others.

“It is not very well paid,” continues Leah, “and men certainly were and probably still are considered the main breadwinners so that doesn’t help.”

On the day I speak to Leah, the Government signed a new deal with the sector to bring in better pay and conditions with pay scales and improvements that acknowledge those working in childcare as professionals that are pivotal to society. It’s a start.

“The best way to get more men, or anyone into the sector, is to focus on that perception,” says Leah. “This pay deal goes some way to helping change that, to recognising that what we do is professional education.”

“I think parents need to play their part too,” she continues. “Some parents are uncomfortable with the idea of a man working in childcare. It’s almost like it’s a bit weird whereas male primary school teachers you wouldn’t really think twice about it.”

For Leah the benefits not just to the sector but society as a whole would be huge.

“Men have a different perspective on things and would bring a better balance to the sector,” she says. “For little boys growing up to see men as nurturing, talking about emotions, and to have positive male role models is very important. If men aren’t considered nurturers or carers that builds up over time and creates a stereotype.”

“Things are changing,” says Catherine Wickham, “but slowly and we should encourage more boys to consider it. Parents also need to encourage boys to apply for jobs and be open to hiring male caregivers themselves.”