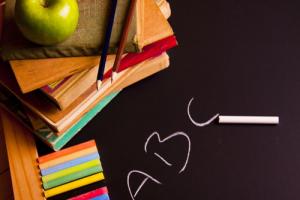 Look around your child’s school and you likely won’t see a lot of male teachers, especially in elementary and middle schools. But research shows many kids would benefit from men in the classroom.

The number of men signed up to study education at the University of Utah this fall is about the same low number as it has been historically. A study by MenTeach — an organization whose mission is to increase the number of males working with young children — estimates only about 16 to 18 percent of elementary and middle school teachers nationwide are male. In Utah, state data from 2008-2009 showed just 11 percent of elementary teachers were male.

The director of the Urban Institute for Teacher Education at the University of Utah, Mary Burbank, said as the emphasis in public education shifts from nurturing and development to assessment, more men may enter the field.

“Men and women are equally equipped to respond to that work, but those factors may impact who is going into teaching due to the perception of what the work involves,” she said.

Burbank said many boys and girls would benefit from a male role model, or from the differences in communication and teaching style a man could bring to the classroom.

“Perhaps those specific communication styles that are more inherent for some men, would really resonate with some young boys and young girls in classrooms,” she said.

Reasons for fewer male teachers include the perception that teaching doesn’t pay enough.

“Increasingly, the pay for teaching is commensurate with other professions. But whether that’s beginning to be a draw for men is still an area of question,” Burbank said.

Some also think that it’s a woman’s job. And some men simply desire to do something else.