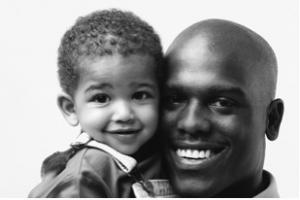 Pupils make more effort in the classroom if they have a male teacher, research suggests.

Male teachers are more likely to boost self esteem and are seen as fair, while at the same time are no more lenient on students, according to a study published by the Department for Education (DoE).

Researchers at the London School of Economics and Westminster University conducted an experiment in which 1,200 pupils in 29 schools were each given 2 pounds.

They could use the money to “buy” up to 10 questions at a cost of 20p each. For every question a pupil got right they earned 20p, if they got it wrong, they lost 20p. The questions were about defining words taken from reading booklets.

Some of the pupils were asked questions by teachers and the rest by an external examiner.

The findings suggest both boys and girls can benefit from having a male teacher.

Being assessed by a male teacher rather than an anonymous examiner increased the number of questions a child bought by 0.579.

“This suggests that pupils have a much more positive perception of the rewards of effort when taught by a male teacher,” the study says.

It concluded: “One of the most significant results featured in this experiment is the positive effect of male teachers on effort.”