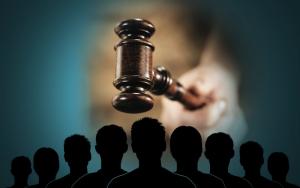 The federal lawsuit, filed on May 2, alleges that the Moon Area School District, located about 13 miles northwest of Pittsburgh, failed to comply with the Fair Labor Standards Act of 1938, the Equal Pay Act of 1963, and Section 1 of the Civil Rights Act of 1871.

The complaint also alleges female teachers without any previous teaching experience were hired at higher levels on the salary scale. It does not note whether or not the female teachers had other salary-altering qualifications like a more advanced degree.

Board of Directors President Jerry Testa said the school district has yet to be served the lawsuit and had hoped to deal with the dispute outside of court.

“We knew they had this complaint and it was our hope that we would sit down and work this out without the need to go through the court system,” Testa told The Daily Beast. “Unfortunately, that did not occur and we were blindsided by the lawsuit.”

The plaintiffs, who were hired between 2003 and 2011, include three elementary-school teachers, one middle-school math and science teacher, and five high-school instructors in the areas of social studies, science, education, and industrial arts.

Seven of the teachers could not be reached while two refused to comment.

There are 500 individual school districts in Pennsylvania and teachers statewide are paid according to a step system, Testa said, for example, everybody in “step one” within their district is paid the same salary, unless a teacher has completed a Master’s degree. Every year, teachers advance a step and get a raise; in the Moon Area School District, a teacher starting at “step one” would make a little less than $47,000 a year, Testa said. Moon is one of the higher-paying districts in Pennsylvania, according to Testa.

Because steps and salary ranges differ from district to district, a teacher starting in the Moon Area School District may be offered a different salary than that of his or her previous district, Testa said.

“Teachers who work in other school districts will apply for jobs at Moon and let’s say maybe I am at step four at a neighboring district but Moon will start me at step one,” Testa explained, “so, maybe I don’t make as much initially but over the years I’ll make it up.”

According to the civil complaint, all nine plaintiffs appear to have transferred from outside districts, where they worked for a varying number of years.

“We do not discriminate against anybody for any reason,” Testa said. “We categorically deny any sort of discrimination as a district and we will defend the lawsuit vigorously.”

Catherine Hill, vice president for research at the American Association of University Women, said although men suing for wage discrimination is uncommon it is not necessarily unique.

“There are always going to be exceptions,” Hill said. “The Paycheck Fairness Act is called the fairness act for a reason.”

The AAUW did an analysis of college graduates one year out of school going into different fields and found male teachers were earning a little more than their female counterparts, though 75 percent of all public school teachers (kindergarten through 12th grade) are female.

“These individuals may be experiencing [wage discrimination], but in general men are earning more in this field,” Hill said.

“The equal pay act permits either sex to pursue a claim if a member of the opposite sex is paid more favorably or paid more for the same kind of work,” the plaintiffs’ attorney Colleen Johnston told The Daily Beast. “You hear more about it with women but it can equally and does equally apply to men and in this case we have males who are not paid the same as women and women who were paid more favorably.”

Johnston said she has represented a number of both men and women in wage discrimination cases, specifically teachers who are employed by Pennsylvania public schools.

In the cases where Johnston Lykos, LLC represented men, Johnston said they’ve “been able to receive several substantial verdicts and settlements for our clients, ranging in the six figures to $3 million.”