on April 26th, 2011 Posted By BG in Articles
by Natalie Chalk - Daily Express 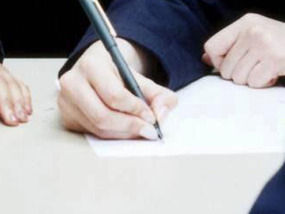 The number of men applying to be primary school teachers has rocketed during the economic downturn.

Education has turned into a boom industry with a 52 per cent increase in male applicants wanting to teach four to 11 year olds over the past year.

Figures from the Training and Development Agency for Schools reveal how a combination of recession and redundancies has forced people to re-evaluate their career goals.

The rise in the number of male teachers could change the face of schooling. Traditionally positions at primary schools have been filled by women.

Last year the General Teaching Council revealed that men accounted for just 13 per cent of primary school teachers. In the past, men have been discouraged for fear of being labelled paedophiles.

Salaries start at around 20,000 pounds and can rise to over 50,000 poundsfor the head of a large primary school.

Luke Graham, head of recruitment at the Training and Development Agency, said in the past primary school teaching was seen as a female profession whereas men moved into secondary schools where the work was subject-based.

He said: “We are seeing more people making a decision on the basis of being a teacher rather than a subject teacher.

“We are going to see more men teaching in the years to come, which will be more reflective of the school population. Also it will help to break down prejudice that some jobs are for women.”

Deputy head Patrick Mildren, 41, of Brecknock Primary School in London, said when he started there was only one other male teacher.

“Now there is a good balance between male and female. A lot of parents are positive about having a male teacher.

“Some might see it as a more authoritative role model but I think it can help the boys take their work more seriously.”

The figures also show the number of people wanting to teach maths has soared by 33 per cent. And there was a 51 per cent rise in the number looking to teach