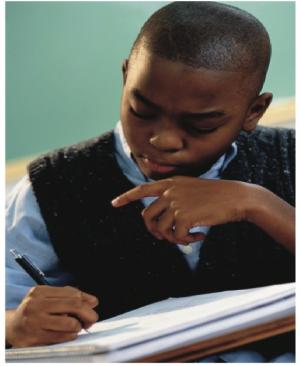 Canadian boys, as in the USA and abroad, have greater literacy problems than girls. Boys also voice more disengagement with school, account for most suspensions, drop out of school, and commit suicide at significantly greater rates. Minority boys are particularly at risk. The results of this study arise from four weeks of data collection in an inner city school, grades 7-8, in Toronto, Ontario, Canada. Most of the students are of African, Caribbean, and South Asian immigrant backgrounds, where English is not the primary language at home, and whose families live well below the poverty line. The study, titled “Male Educators’ Perspectives on Best Practices for Enhancing the Teaching & Learning of Minority Boys in Single-Sex Classrooms”, is based on in-school and extracurricular observations, interviews with teachers and the principal, document analysis, and a comprehensive literature review on boys and education from North American, Australian, and British sources. According to the results, minority boys in a single-sex classroom or school reap a number of benefits, including:

Gosse states that there are five pillars for any successful effort to better educate boys, whether in single-sex or co-educational settings: (i) high expectations, (i) positive role modeling, (ii) high-yield teaching and learning approaches and strategies for differentiation, that reflect boys’ interests and modes of interacting, (iv) deconstructing the ‘cool pose’ and ‘boy code’ in curriculum in ways that do not pathologize males, and (v) a positive community ethos, environment, or climate.  In addition to these five pillars, which work in tandem, a principal who is visionary, social justice minded, supportive, and hands-on, is indispensable.

In this study, Gosse contends that there is a deprivation of respect and love in relation to boys, in particular black boys, which starts at an early age. Parents-guardians and educators are afraid that unless they are tough on boys, the boys will become ‘gay’ or ‘less than manly’. However, this obsolete toughening up process impedes boys’ academic and social success in the 21st century. Gosse offers fresh perspectives for tackling the ‘cool pose’ and ‘boy code’ to which boys are constantly subjected, as well as practical suggestions for creating boy-positive educational programs.The full report is available in the vol. 1, no. 3 (August, 2012) issue of New Male Studies: An International Journal.