on February 28th, 2021 Posted By BG in Articles
by Kristen A. Graham - Philadelphia Inquirer 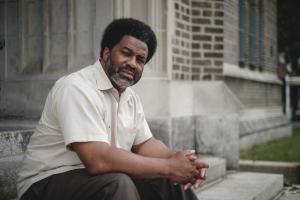 A Philadelphia-based organization devoted to recruiting and supporting Black educators on Thursday announced a $3 million educational justice initiative to dramatically ramp up the number of Black teachers in classrooms across the country.

The initiative by the Center for Black Educator Development will focus on the Black Teacher Pipeline, a program targeting high school and college students with pre-apprenticeships, fellowships, apprenticeships, and scholarships. It aims to bring at least 21,000 Black students into the teacher pipeline over 12 years.

It’s part of the vision of Sharif El-Mekki, a longtime Philadelphia educator who launched the center in 2019, moved by research that shows having Black teachers closes educational and opportunity gaps for children of color.

Black children taught by Black teachers are 30% more likely to enroll in college. Nationally, 15% of all students are Black, but just 7% of teachers are. The numbers are much starker in Philadelphia and other big cities.

When El-Mekki, a graduate of Overbrook High and the former principal of Mastery Charter School-Shoemaker, began working toward building a Black teacher pipeline, he and a group of Black male teachers began asking their white female teacher colleagues: When did someone first talk to you about becoming a teacher? Their answer: the third grade.

By contrast, El-Mekki wasn’t approached until after he graduated from college. He had initially planned to become a lawyer.

It’s key to tell Black potential teachers “they are worthy, and they are worthy of our youth,” El-Mekki said. “That is a message, a key component, that is not always offered to our youth.”

Planned is a strategy they call “four-four-four.” Develop and support Black potential educators over four years of high school, four years of college, and for the first four years of their teaching career – the time when many new educators falter and leave the profession.

The Laura and Gary Lauder Family Venture Philanthropy Fund, the Walton Family Foundation, and other groups are funding the efforts.

Eliana Lauder of the California-based Lauder fund said in a statement she was “incredibly compelled by the research showing the educational benefits of same race teachers, combined with the huge missed opportunity presented by the underrepresentation of Black teachers in our nation’s teaching corps.”

The center’s work, Lauder said at a virtual news conference Thursday, “is a lever to make a difference.”

Also in on the partnership is the United Negro College Fund, which will help support a new fellowship program to launch this spring.

Ten Philadelphia-based students will make up the first cohort of the Black Educators of Excellence Fellowship Program, receiving scholarships to further their path to the classroom.