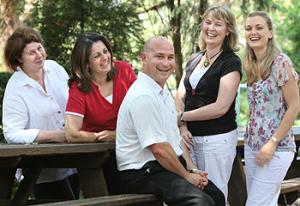 The number of male teachers in primary schools has plummeted by more than 300 in four years, as classrooms become even more female-dominated.

In 2003, 5207 men were teaching in government primary schools – almost 22 per cent of teachers – but by last year their numbers had dropped to 4893 and were threatening to fall below 20 per cent.

Under an election commitment, the Government pledged to “work to increase the number of male teachers, especially in primary schools”, and step up the targeting of male HSC students. But the promotion of “images of teachers as male role models” in a range of advertising campaigns has failed and education officials are at a loss to know how to reverse the trend.

Education academic Peter West from the University of Western Sydney’s research group on men and families believes the battle may already be lost. Dr West said teaching did not appeal to males seeking careers that offered respect, strength and adventure such as the police or armed forces.

“Teaching is not attractive enough to guys who are asking, ‘Why would you do it’,” he said.

“Men still want respect and big salaries – you can’t raise a family on a teacher’s wage.”

The high ground in the male-female teacher debate has been captured by those who argue the real issue is not gender, but getting quality teachers into classrooms. Fears the lack of male teachers could be detrimental to boys’ social development have subsided.

“Of course we need quality teachers but there are some issues that boys will want to talk to a male teacher about,” Dr West said.

One man happy to be working in the government system is Matthew Pinchbeck, 34, who came late to the profession as a targeted graduate after working as a courier driver, a tennis coach and a sales rep.

“But it is not for me – I have found there are so many opportunities within a school and the department,” he said. “When I left school, work and an income were foremost, but I decided at 28 that teaching was what I really wanted to do.

“The life experience I bring to the job is standing me in good stead . . . I am doing this to make a difference and the starting salary at $49,050 is very good.”