on January 1st, 2013 Posted By BG in Articles
By Jake Miller - Educator's Room 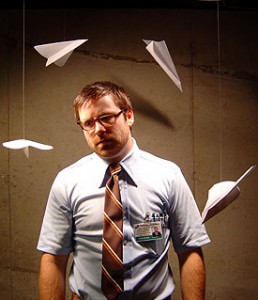 It’s no shock to any reader – teacher or parent – to learn that boys are not just falling behind, they’re sinking. In the middle school where I teach, of our nearly 1,100 students, roughly 80% of the special education students are male. More than 2/3 of the students failing classes are male. More than 75% of the discipline problems, again, originate with our young men. Conversely, less than 40% of our gifted students and students in enriched courses are male. Less than 45% of our students enrolling in college are male. I’m certain other schools would find similar (if not larger amounts) of disparity.

A major part to this solution involves placing more male teachers in the classroom. Again, it’s unsurprising that our profession is mostly a female-dominated one. But here’s the real shocker – according to a 2011 National Center for Education study, only 16% of teachers nationwide were male. These figures are down from 18% in 2005, 26% in 1996, and 31% in 1986. In comparison, these statistics are higher in the elementary level. Combined with the increasing amounts of divorce (more than 50% of marriages now involve child support) and single-parent, mother-only households, the decline of male teachers could be elevated to a level of crisis – maybe the most unspoken one in all of education.

While I’ll be the first to admit that the solution is more complex than simply hiring more male teachers, it is a very important start for young boys in broken households. As a young child in a split family, I very rarely saw my father. In fact, there is a period of 6 years where I saw him not once. During that time there were three incredibly influential male teachers that provided much needed mentorship during that time. The first helped me get interested in baseball and writing in 1st grade. The other two, my 11th grade language arts teacher and my 10th-12th grade math teacher, actually came to my wrestling matches, took me on college visits, and, in short, provided the surrogate fathering that had remained absent from my life. Up to that point, I could count the amount of male teachers I had in class on less than one hand.

Their “paying it forward” had dividends, instilling in me a sense of drive and determination that had only been reserved to working on the assembly line at the local fire truck factory. Today, when I confront students who look and sound a lot like I did back in middle and high school – an overwhelming of which are (but not exclusively) male, I use the same diligence my those three teachers used when it came to inspiring me.

However, the male teacher is a dying breed. After reading several articles on the matter, I’ve learned many have come to the conclusion that this dilemma stems from one’s that, again, you should be obvious-decreasing lack of public respect for the position, societal factors, increased (and even unfair) demands, and, of course, money.

As a young teacher now engaged and looking at the future, it’s difficult envisioning myself remaining in the profession for the long-run. One of the major goals that my fiancee and I have with our fledgling family is to allow her to stay home and raise our future children. As a teacher with five preps (different classes and grade levels for the non-lingoed teacher), my second time frozen in salary, increasing class sizes, and lack of room to grow both professionally and personally, and, of course, making less than most of my peers with similar education and experience, the stagnation of our position is adding up – regardless of my gender.

When we return from our winter break in the New Year, I have a list of 7 students I need to sit down with and share a true heart-to-heart conversation. For them, the remaining parts to their 7th or 8th grade year will have some major impacts on the rest of their time in school and, evidently, in setting them up for success (or failure) in the remainder of their school career and the time following. My goal is more than to keep them off the assembly line, but to inspire them to be something more than who they think they are. All 7 of the students, by the way, are boys; I’m the only male teacher that 5 of them has on a regular basis.

I doubt you’re very surprised by these figures as well.