on August 3rd, 2015 Posted By BG in Articles
by Ben Leach - The Telegraph - United Kingdom 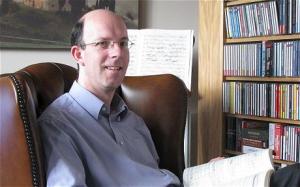 Following complaints from colleagues, he was told that he had “failed to maintain physical boundaries with female pupils”.

Although there was no suggestion of any sexual motive, he was dismissed from the school where he had worked for eight years.

Parents campaigned to overturn the decision, saying he was an excellent teacher who had been unfairly treated because he is a man.

Yet his appeal against dismissal was rejected by a panel of governors at Oliver’s Battery school in Winchester, Hampshire, and now the General Teaching Council (GTC) has banned him from classrooms indefinitely – even though it acknowledged that there was “no single serious episode” and that “no child has been seriously harmed”.

Mr Pullinger said last night he felt “badly let down” by the system, and added: “Teaching was my life.”

Tanya Jennings, whose daughter was in Mr Pullinger’s class, called him an “inspirational teacher who made learning fun”.

She said: “Anyone who has worked with children knows that sometimes they will just throw their arms around you. Are you expected just to push them away?”

The case will fuel the debate around a shortage of men in British classrooms.

Around a quarter of primary schools – including Oliver’s Battery – now have no male teachers, and experts have warned that a lack of male role models may be putting boys off school at an early age.

The decision to ban Mr Pullinger is in stark contrast to the GTC’s ruling in the case of Benedict Garrett, 31, who was allowed to continue teaching even though he was found to have moonlighted as a stripper and starred in pornographic films under the screen name of Johnny Anglais.

Mr Pullinger had almost 20 years’ teaching experience when he was dismissed in 2009.

The GTC heard this month that he had allowed a pupil to sit on his lap, shared a chair with another and, on numerous occasions, “failed to disengage immediately when girls ran up to him and put their arms around his legs”.

He had been warned in writing on two occasions, but had “failed to heed” the advice.

In its ruling, the GTC said it had “noted the positive testimonials about Mr Pullinger and the fact of the positive assessment of his technical abilities”.

But it ruled that his behaviour amounted to “a breach of the standards of propriety expected”.

The ruling added: “His behaviour demonstrated a failure to establish and maintain appropriate and professional boundaries in his relationships with children in his care.”

Mr Pullinger, who now works as a supervisor at Marks and Spencer in Winchester, said: “I feel I have been treated very unfairly. Teaching was my life. I was very passionate about it and cared about all of the children that I taught.

“I don’t see that anything that I did was wrong. It was a very upsetting and traumatic period of my life and I feel badly let down by what has happened.”

Speaking from his detached house in Winchester, he added that he had “no wish” to return to teaching because of the way he had been treated.

“If the type of environment that I created in my classroom isn’t acceptable for a male primary teacher in the 21st century then I have no wish to continue teaching.”

Christine Blower, general secretary of the National Union of Teachers, said: “Teachers should be allowed appropriate contact with pupils without fear of recriminations.

Parents of pupils taught by Mr Pullinger described him as “exemplary but eccentric”.

Mrs Jennings, 48, a volunteer school librarian, claimed he had been the victim of a “witch hunt”.

She said: “He was a fantastic teacher. He made learning fun and he really motivated and cared passionately about his students.

“My daughter blossomed in his class. She was a quiet child but she really thrived being taught by him.”

Mrs Jennings’ testimonial was used in support of Mr Pullinger at the GTC hearing.

She added: “I just think that teachers are in danger of being dehumanised. Are they expected to be robots?”

Shelley Jones, 47, a childminder whose daughter was also taught by Mr Pullinger: added: “I only have good things to say about him.

“He was a really inspirational teacher. My children adored him. He was a bit eccentric and quirky but in a good way.

“He was very passionate and it’s sad that some parents and members of staff just couldn’t get to grips with it.”

A former school governor, who did not wish to be named, said that Mr Pullinger had been treated “very unfairly”.

He said: “I never felt that Mark had done anything wrong. Primary schoolchildren are often tactile and can be very expressive. I never saw anything to make me concerned about his relationship with his pupils.

“Sadly, modern society being the way it is now, it was felt by those in power that allowing any physical contact with children in your class crossed the boundaries of what is considered appropriate.”

But Lynda Banister, a former school governor who chaired the panel which rejected Mr Pullinger’s appeal, said it had been “the right decision” to dismiss him.

She said: ” I can understand why Mr Pullinger and some of the parents might feel that he was treated unfairly but it was a very thorough, very painstaking and very considered decision that we made.

“We never felt that any child had come to any harm. It was a matter of his lack of judgment. We felt that his behaviour wasn’t appropriate for a teacher in a primary school.”

Mrs Banister, who is also a Liberal Democrat councillor, added: “He was a very good teacher and we were very sorry to lose him. We felt that we had done the right thing and that it was the only thing to do in the circumstances.”

A statement from the school read: “Mr Pullinger was dismissed following concerns that he failed to maintain appropriate and professional boundaries between himself and pupils in his care that we as a Governing Body expect teachers at Oliver’s Battery Primary School to maintain.

“Parents can be assured that our priority is and always will be the safety and wellbeing of pupils in our care. We are pleased that the robust actions of this school have been supported by the GTC.”