on September 19th, 2013 Posted By BG in Articles
By Alan Haskvitz - TeachersNet Gazette 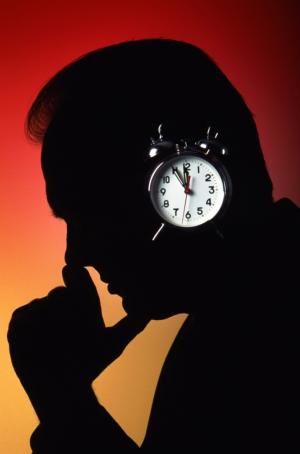 More lucrative occupations, cutbacks in salaries, fear of harassment charges, and possible parent bias against them are driving men from the K-12 teaching field. But the unseen culprit in this demise could be seniority.

As men retire or leave the profession their replacements may well be female elementary school teachers who have maintained their secondary level certification, or – seeing the hand writing on the wall – upgraded their qualifications to teach at the high school level. In most cases this can be done with college methodology classes and completing courses for a major in an academic area if they do not already have one.

In the primary and elementary levels there has always been a shortage of male educators. In Illinois, fewer than one in four teachers from K -12 are men and this is declining, according to the Illinois State Board of Education.

An NEA report indicates that there are 785,151 male teachers in public elementary and secondary schools across the nation, compared to 2.4 million women. Most states report well under 30 percent of all teachers are male and most states average around 25 percent. The survey revealed that Arkansas had only 17 percent of male teachers while Kansas, at over 30 percent, had the most male teachers.

A survey by MenTeach.Org found that about four to five percent of men are in early education, about nine percent in elementary education and 14 percent in high school, according its founder, Bryan Nelson.

It is clear that since Horace Mann‘s common school, teaching has been considered a women’s profession by some, but over time more men entered the profession. The numbers of males in the profession gradually increased until 1981 when there were 18 percent in the elementary level, and a third of the teaching force overall were men. That number has been in decline since.

With a preschool or elementary teacher starting salary less than $30,000 in some states paying off a college loan could take years. For the same number of classes and the same college debt load a male teacher could enter a higher paying field. This is the same for female teachers, but the stereotype of the male being the bread winner and the female being a source of second income funding has taken its toil on common sense. That same stereotyping makes for the lack of women superintendents, principals, and even senior college staff members.

At the school where I work there are 500 eighth grade students and only four of the 20 teachers are male; there are only 15 amle teachers in the entire school of 1500 students. There are currently no male teachers in several curriculum areas and only one in most every area except for science and social studies. In the next three years five of those male teachers have indicated they are retiring.

All of them are likely to be replaced by elementary school teachers in the district and statistically, they are going to be women. The principal and a teacher committee will make the final selection, but they must follow the hiring rules. In all likelihood the school will have about 60 teachers of which six to eight will be male. In addition, three of those male teachers have been hired in the last few years and they can be pushed from their jobs by any teacher with proper certification and more years in the district. It is easy to predict that two of them are most likely to go if there is continuing declining enrollment in the elementary schools. In other words, within five years the staff of 60-plus teachers will include less than five male teachers. And this is a trend reported in many other California districts.

There is a general feeling that male teachers help students who may need a male role model in their life. Most educators know it is a fact, especially for students who don’t have a male role model in their life. This is especially apparent when 82 percent of all single-parent households are headed by women. And a study done by Thomas Dee for Education Next provides evidence of that belief.

Dee writes, “Indeed, my results confirm that a teacher’s gender does have large effects on student test performance, teacher perceptions of students, and students’ engagement with academic material. Simply put, girls have better educational outcomes when taught by women and boys are better off when taught by men.” (1)

Despite this research, in many states where there are teacher cutbacks they mainly impact elementary teachers because of declining enrollments and the end of funding for smaller primary class sizes. If these teachers want to stay in the field they may have to upgrade their qualifications if there are openings in the middle and high schools. Since these schools, especially the latter, are the last bastions of schools where there are a higher percentage of male teachers the openings most likely will be filled by female elementary teachers with seniority. This is entirely fair and appropriate and follows most union hiring procedures.

Thus in some states this seniority shift may mark the end of the male classroom teacher. Whatever happens in the future the field of education may mark the potential end of the male classroom teacher and serve as a reminder that the lock-step seniority contract may have an unintended consequence. That consequence may be the end of male teachers in the public school system at all levels except for certain fields in high school and private schools.