on August 1st, 2018 Posted By BG in Articles
by Cianni Williams - Generocity 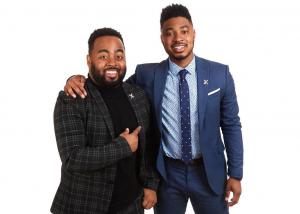 It’s an oft-shared statistic in the education world: Only 2 percent of America’s teachers are Black men.

And, according to Philly.com, 54 percent of students in the Philadelphia School District are Black, yet only 5 percent of their teachers are Black men.

Following the adage “You can’t be what you can’t see,” an organization called The Fellowship of Black Male Educators for Social Justice (BME) was founded in Philadelphia in 2014 as a membership and activist organization dedicated to promoting and recruiting Black men as teachers.

BME started an annual conference this past October to convene that 2 percent. The event’s goal: to give those teachers hope and motivation, and give them a chance to thrive in a field lacking representation.

Echoing Green’s Social Entrepreneurship Fellowship and Leadership Development Programs supports 35 social entrepreneurs across the country with professional development and mentorship, and seed funding of $90,000 that will be deployed over two years. (Philadelphia’s Rising Sons founder Alex Peay was named a 2016 Echoing Green fellow.)

Both Cobb and Coleman attended public school and have experienced the lack of Black male educators, they said via email; Cobb said he had one Black male teacher that inspired him, while Coleman said he had several.

Being a part of BME has allowed them to motivate younger Black males to join the education field, the same way those teachers did for them.

“I think we’ve been able to garner a lot of attention locally as well as nationally and started a necessary conversation that has been on a lot of people’s tongues for awhile now,” said Coleman, who worked as a teacher and school dean for the last three years before transitioning to working for the nonprofit BME full-time. “We’ve created a space where we are not just highlighting a problem but actually providing solutions as well and it seems as if people have been drawn to the cause naturally.”

The annual conference allows for teachers nationwide to meet others in their shoes. Echoing Green’s investment will fund the continuing development of BME, which just hired a program director to scale its work.

“Our work has found wide support and a unique niche in the education landscape and has elevated our cause on a national level,” said Cobb, who has worked as a teacher and administrator before becoming a community and family partnerships director for schools in his native Syracuse, as well as D.C. and Philadelphia. “The response has been overwhelming but we are grateful to work on a real issue that we care about for [our] students and communities.”

Cobb and Coleman also have undisclosed plans to collaborate with past, present and future Echoing Green fellows.