on May 16th, 2011 Posted By BG in Articles
by Amara Phillip - Diverse - Issues in Higher Education 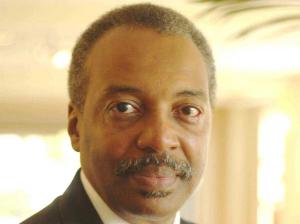 With a third of the country’s more than 3.4 million teachers expected to retire by 2013, many states may face a dwindling pool of qualified teachers in the near future. To address this potential shortage, many education programs are stepping up their recruitment efforts — particularly in urban and underserved communities.

Beverly Young, assistant vice chancellor for teacher education and public school programs for the California State University system, says the situation in California mirrors the rest of the country.

CSU’s postgraduate teacher education program has suffered, experiencing a decline in enrollment in 2010. This decline has come at a particularly critical juncture in the state’s history: K-12 enrollment is expected to rise within the next decade, just as the state is struck by what Young calls a “huge, impending wave” of teacher retirements.

Schools have reported difficulties in finding qualified special education and bilingual education teachers. In California, as in the rest of the country, it is becoming increasingly difficult to find qualified math and science teachers.

Young says math and science majors have a wide range of career options, and they are often tempted to forgo teaching careers in favor of more highly paid jobs.

CSU has aimed to recruit potential math and science teachers by encouraging students to do “fieldwork” — tutoring in elementary and high schools.

“What many young people find is that they really like working with students, and they see teaching as a way to use their own interest in a subject to foster and facilitate other people’s interest,” says Young.

To attract more African-American students, CSU implemented a recruitment program called “Super Sunday,” in which university administrators visit traditionally Black churches on spring weekends. The program, which focuses on college preparedness, will be entering its seventh year in 2011.

Teachers nationwide have recently found themselves the target of what some are calling an assault on their very livelihoods. In an effort to balance strained state budgets, governors and legislators across the country have proposed cutting collective bargaining rights, eliminating tenure and slashing teacher benefits.

As a result, some college graduates are having second thoughts about whether to become teachers at all.

In California alone, more than 23,000 teachers received layoff notices in 2010. A controversial tax extension, meant to stem the state’s spiraling debt, is expected to be on the ballot this summer. If the deal doesn’t pass, Young says teachers should expect a veritable flood of additional layoffs.

In the current economic and political landscape, it isn’t surprising that college graduates would be hesitant to pursue a teaching career, says Young.

“It’s very hard for students to decide to invest in another year in college with such an uncertain job future,” she says. “A lot of people who would potentially be going into teaching are deciding to do other things.”

Ten years ago, the dearth of Black males in elementary education attracted the attention of officials at Clemson University in South Carolina. Roy Jones, then the school’s dean of education, was particularly struck by a pair of “startling” statistics: there were more African-American and Hispanic males in prison than in college, and less than 1 percent of elementary school teachers in South Carolina were Black men.

Jones believed the two statistics may be related, theorizing that many of the problems Black men face may be linked to the paucity of Black male role models during the early childhood years. “Even at the secondary level, young men that reach college will tell us that they, in their entire K-12 experience, never experienced an African-American male teacher,” Jones says.

This led to the establishment of the Call Me Mister program, an undergraduate teacher training program aimed at placing Black male teachers in local elementary schools. The program has now expanded to 15 colleges and universities in South Carolina.

Jones and his colleagues decided to focus on the elementary level because of the critical nature of early childhood education. After fourth grade, many Black students experience what academics term the “fourth grade failure syndrome” — a precipitous decline in success rates.

The Call Me Mister program focuses on returning teachers to their own communities, which may, in turn, inspire other young men to take up teaching as a profession.

“If Black males never saw a Black male basketball player, they would not aspire to play basketball,” says Jones.

But more broadly, Jones says the problems teachers face are not limited to African-American males. Newly minted teachers are often overwhelmed by the demands of the job, he said.

“The realities of teaching don’t really kick in until you’ve had extensive experience,” Jones admits. “Most [teachers] are going to be punching out by their second, third, fourth year.