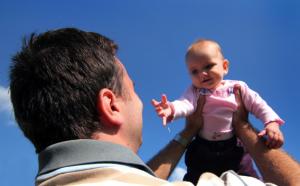 When my husband and I toured a preschool last week, the owner told me that her husband, a classical musician, sometimes pops in to play piano for the kids. I assumed she was trying to impress us—what parent doesn’t want a little extra Bach in her child’s life?—but then she explained, nervously, that she was telling us because she felt she had to. Might the occasional presence of a penis, her look implied, put us off from her preschool?

Should it? Our son’s current day care is run by a man, and our go-to date night baby sitters are named Matt and Eric. But the more people I talk to and the more things I read, the more I realize that many parents are uncomfortable, or at least much less comfortable, hiring men for child care positions, even if they have the same experience and qualifications. But is this cultural uneasiness fair? Is it based in fact, or is it the product of fear (of molestation, of male ineptitude)? Is it sexism?

There are, of course, good reasons to hire female baby sitters. Because they’re in demand, women typically have more experience than men do. And most of us were raised by women—not just our stay-at-home moms but also the women who dominated our day care environments and preschools and elementary schools, so it makes sense that we choose women to care for our kids. (Things haven’t changed much since I was young: In 2011, only 5.5 percent of U.S. child care workers and 3.3 percent of preschool and kindergarten teachers were men. Male caregivers, jokingly/derisively referred to as mannies these days, have a hard time making a living.)

If you crunch the numbers on abuse, women are a safer choice, too. According to a U.S. Department of Justice report from 2001 (unfortunately the most recent statistics on baby-sitter crimes), 77 percent of sex crimes by baby sitters are committed by males.* (When it comes to physical abuse, female baby sitters are more frequently implicated, but since most baby sitters are women, this fact isn’t surprising.) Actual baby sitter crime rates are low, though. According to the U.S. Department of Health and Human Services, in 2011, only 0.4 percent of all child abuse perpetrators were day care providers or baby sitters. (And overall, child abusers are more likely to be female than male.)

Plus, many sexual abuse allegations against caregivers are false. In 1983, a mother accused Ray Buckey, a young man working in a preschool in California, of molesting her 2 ½-year-old son. The accusation landed Buckey in prison for five years, caused seven other employees to get indicted, and resulted in what was, at the time, the longest and most expensive criminal trial in American history. After interviewing and examining more than 400 children who had attended the preschool, doctors and psychologists diagnosed 384 as having been sexually abused. And then … all charges were dismissed; as it turned out, the mother who made the initial accusations suffered from paranoid schizophrenia. But by that point, fears over ritual abuse were sweeping the country (and eventually the world), and between 1983 and 1991, the U.S. government investigated more than 100 U.S. schools and centers for allegations of satanic ritual abuse in what has been called a “modern American witch hunt.” A study that analyzed 12 of the most famous cases found that, out of 22 defendants that were tried, 15 were found guilty. All but three of these verdicts were later overturned.

Not all parents are afraid of abuse, of course. Some simply don’t trust men to dote on their kids like women do, even as fathers take on a much greater child care role in many households these days. One dad, a friend of a friend, explained it to me this way: “If my wife and I had doppelgängers, I’d feel better if our child was with doppelgänger Katie than with doppelgänger Brady; doppelgänger Brady would just be a little neglectful by comparison.” I get it: My son is about three times more likely to come home from the playground with a bloody nose if he goes with my husband than with me. At the same time, recent research suggests that daddy time is great for kids precisely because male parenting styles promote independence and risk-taking. In 2012, the London Early Years Foundation, a charity that provides child care services throughout London, interviewed its (mostly female) staff and found that 75 percent believed that male workers offer kids something that the female workers don’t, including different perspectives and, yes, better fantasy superhero play.

Another oft-mentioned “reason” for avoiding mannies or other male child care workers is the very logical I just don’t get why a guy would want to do a job like that. In other words, there’s got to be something wrong with a man who wants to spend all day looking after other people’s kids. The implication here (apart from that men who like kids must be pedophiles) is that men don’t belong in child care, perhaps because they more naturally belong in other professions—more obviously “masculine” career-oriented jobs.

This bias against men is a bias against women, too: It re-affirms the woman’s fixed position in society as much as the man’s. According to Indiana University sociologist Stephen Benard, dominant social groups are usually stereotyped as competent, intelligent, and confident, while subordinate groups are considered warm, kind, and caring. In our society, these two poles describe men and women. Since women are the “caring” sex, we consider them to be the obvious choice for child care—but in doing so, we are (perhaps subconsciously) characterizing them as subordinate. And in fact, when men do work in preschools or day care centers, they usually get promoted to director positions much more quickly than women do, in what University of Texas sociologist Christine Williams calls the “glass escalator” effect.

That’s not to say men working in child care have an easy time. “As a male in the infant-toddler room, it seems as if I am held to a higher standard by the parents,” describes one part-time employee. Some say they are not allowed to change diapers, while others make sure they are never, ever left alone with children, because they fear that parents would get suspicious. But parents do sometimes get used to the idea. A few years ago, 4 out of 5 employees in one of the day care centers run by the London Early Years Foundation were men. (England and Germany, unlike the United States, are pushing to get more men into child care.) “We wondered what the parents would do,” explains foundation CEO June O’Sullivan. “There was a little bit of anxiety to start with, but once the parents got familiar with the team, they were fantastic.”

The best thing we can do as parents is to stay open-minded about whom we hire and also be thorough in our background checks of all potential child care candidates. For my part, I know I can’t control what my son thinks, but I can change what he sees, and I want him to see a world in which, yes, women and men can both hold high-paying executive jobs. But they can both teach preschool and baby-sit him, too. Matt and Eric are awesome.

In addition to the sources mentioned, The Kids would like to thank Susan Murray from San Jose State University, David Finkelhor from the University of New Hampshire, and Sandi McLeod from the Child Welfare Information Gateway.