on December 1st, 2015 Posted By BG in Editorials
by Jake Pollock U of Wisconsin - Stout Student 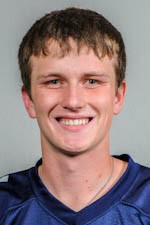 Double Life – noun – a completely separate way of life that you have some of the time and keep secret from other people. – Macmillan Online English Dictionary.

I transferred to UW-Stout in the fall of 2012 after spending one year at the University of Minnesota – Duluth. While at UMD I had decided to pursue a degree to become a high school social studies/history major but made the giant leap to Early Childhood Education at Stout because I always enjoyed spending time with children. Whether it was family or volunteering, I always found myself having the most fun helping children grow through play or teaching them new things. Of course I knew that Early Childhood Education was a female dominated field, however I never realized the two different worlds I would be living in. When I arrived on campus I also became a member of the UW-Stout Blue Devil football team (DIII – NCAA) and still am, proudly, a part of that program. I spent the majority of my mornings in class with twenty to forty females and absolutely no contact with any male figures. After that span of one to two hours each day where I would sit in silence soaking in everything thrown my way, my life would drastically switch gears when I attended practice with over 100 teammates and eight or so coaches, all of whom were male.

My name is Jake Pollock, a senior at UW-Stout, and I live a double life.

The Football Field
The football field is a battleground where day in and day out one shows up with his brothers to go to war. Game day always find us on the field discussing previous plays, techniques, opponents, and a million other football related things. However, during practices there are also periods of down time when less serious talks ensue. Common discussions include going to the bars, girls, facial hair, how awful practice is, and friendly banter towards other teammates. Blood, sweat and occasional tears have been shared over the years while on the field, in the weight room, or conditioning in the gym.

For me, being around “the guys” is my most comfortable setting because it allows me to be myself. I am allowed to make jokes, drop an occasional swear word without being judged, and talk about the things that interest me. Being surrounded by 100 sweaty, smelly and sometimes straight up gross guys for a few hours a day isn’t as bad as it seems. We bond over the little things and build lifelong friendships that will last forever. To some, this would be a fearsome setting because it is not something familiar or known to them. To me, it is the only part of my day that kept me sane and focused on the bigger picture of life, especially during ECE courses. Football was not easy by any means, the constant three-hour practice every day on top of finding time to do homework and eat a proper meal is something many people would not be able to handle. Collegiate athletes will always have my utmost respect because I know exactly how much time and work they put into the sport and yet it often goes unrecognized.

The Classroom
Every one of my Early Childhood core courses have been in a building on campus called Heritage Hall. The first floor of Heritage is where all the ECE courses take place. I remember my first day at UW-Stout walking into Heritage Hall feeling like an outsider because I was a transfer student and was getting accustomed to a new campus. I spent the majority of my first few semesters sitting by myself in the back corner of each room. I would have my laptop open and often look off into space while waiting for the time to pass so I could go be with the guys on the team or my other friends. I rarely talked in class and would, on some occasions, lose participation points for not opening up. The question I would always ask myself is WHY open up? I was frustrated by being enrolled in a course with only one male where the female professors would ask questions that always included female teachers as their example. The environment did not seem accommodating to my needs as a person, and I would often think about switching majors because I felt so alone. Females would often compliment the professor on her wardrobe or hair, ironically this happened mostly before a test or big project was due, and I would think about the stereotypes which would occur if I were to compliment the same professor on her looks. I assume that labels such as creep, pervert, or typical male dog, could be used.

One analogy I was able to make between the classroom situation and the experience on the field was that the females were building the same bonds in the classroom with the professors that I build during my football experience with my coaches. Still, I felt alone and left out when the girls would partner up for group projects or study together. The numerous partner projects would often mean that I would complete them myself because it never seemed I had a partner. Whenever the professor would randomly select partners, and I would be paired with a girl, I began to see the look of disgust on her face which would indicate her disappointment in being paired with ‘the dumb’ guy. Truth be told, I preferred working alone. I enjoyed getting an A in almost all of my courses and know I did so myself. I enjoy hearing the girls complain about professors because they received a bad grade while I silently applaud my 3.6 GPA (don’t ask me how I pulled that off because I’m still figuring it out).

Experiences
Through my experiences I’ve gained knowledge, discipline, and strong leadership skills. It takes plenty of discipline to be a part of a football team, but also to be alone in the classroom. I had to hold myself accountable on and off the field, especially since I did not have one single friend in the major. However, through the learning process I have built friendships both on the field and in the classroom.

Through the years I have improved my leadership skills that have been put to the test. I was the founding father of a student organization on campus known as the Men in Education. With help from a few other males and my program director, Dr. Jill Klefstad, we became a recognized organization that supports men in early childhood education as well increases efforts to recruit and retain male students in the ECE major. When I began my career there was six males in the program, now there are almost twenty, and I like to think it is because of our awesome group. Our men’s group is being recognized and was asked to present a session at UW-La Crosse’s Student Development Conference last April. We are looking forward to presenting again this year at the same conference in March 2016. Finally, I’ve gained knowledge about young children and being an early childhood teacher during my tenure at UW-Stout. Learning from content in the classroom, to experiences outside the classroom, to the experiences on the football field, my time at UW-Stout is something I would not trade for the world. Now that I am a senior, many of the women in the class don’t look at me weird and are not as hesitant to pair up with me for projects. I carry a positive attitude and work ethic with me to every experience so working with the females has not been a problem to me, and I am glad they open up to me in class.

Conclusion
In conclusion, I can safely and confidently say that there are plenty of pros and cons to being a male in Early Childhood Education. It is definitely difficult to sit back and remain silent when I listen to the negative stories about male educators by my female peers because of their bad experience growing up with a male figure. However one thing I have gained from being in a female dominated major is that sometimes sitting back with my mouth shut isn’t a bad thing. I enjoy listening and picking up on the women’s perspective and beliefs, making a mental note to avoid such negative traits while I am in the field. I have learned that perseverance through the hard times, on the field and in the classroom, will pay off in the long run and that the grind and struggle is part of the experience. I am a firm believer that we all learn from the experiences in our life, whether positive or negative. I have also come to realize that how one responds and reacts to each experience demonstrates one’s character that makes them who they are and who they will be for the rest of their life.

For me, I have found the following quote that helps me persevere and that I can apply to football, class, and life. “When you feel like quitting just remember why you started.” Though I live a double life, I am not sure I would want it any other way.