on June 28th, 2012 Posted By BG in Editorials
by Nithya Sidhhu - The Star Online - Malaysia 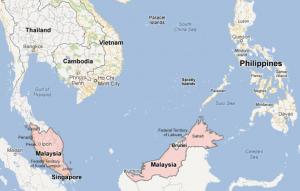 While women teachers are known to multitask in motherly, mentoring ways, there are some things only a man can do, and that’s what makes male teachers extra special.

I sometimes think we don’t give our men teachers enough credit. Just because they are outnumbered by women in schools, it does not mean they should be overlooked or forgotten. They matter.

In many ways, men do as much as women do for kids at school, perhaps more.

On a recent visit to an international school in Jakarta, I watched a male teacher speak in a normal tone to a large group of seven-year-olds who were attentive and obedient.

He simply said to them at the cafeteria: “Now, if you will kindly place your knees below the table and sit up straight, I shall release you for play.”

“Clap your hands twice if you are ready to leave,” he said. They did and he allowed them to go out. As simple as that.

I did not meet the man or speak to him but he commanded my respect. He reminded me of some of the male teachers I had when I was at school.

In particular, I remember Mr Kanajan, who taught me Additional Mathematics when I was in Form Four.

Every so often, with a pleading glance at us that begged our understanding, he would step outside the class to have a smoke.

The year was 1976. We knew our male teachers smoked and did it openly. Did we care? Honestly speaking, I don’t think so.

Mr Kanajan did not apologise for being the man that he was.

One day in class, he said: “Humour me, please,” and wrote on the blackboard, in cursive writing, Robert Frost’s poem The Road Not Taken.

He was looking at me when he asked the whole class: “Tell me, what do these words mean to you?”

I don’t know how many of my classmates from Raja Perempuan School Ipoh will read this or remember that day. But I was there, and I do. In his own way, he made a difference; to me, anyway.

In his class, you could love words as much as figures.

I have read many a good book on Maths and many a good poem since then. I agree with him; with the patterns inherent in them, Maths and poetry are both beautiful.

It is the Indians who gave us the zero and it is a fact that a binary code underscores the computer. Ones and zeroes — alone, or together, they both make sense. That’s how it should be at schools; we need an even mix of men and women.

When the ratio is skewed, as it is today in our schools, you will understand what a miffed male teacher once said to me:

“You women always want your cake and eat it too. You play us out. One day, you want us to be chivalrous gentlemen, or be the shoulder you need to cry on. The next, you give us all the dirty jobs, with placating smiles.

“You want equal promotion but, somehow, when it comes to the rough stuff — the sports, the sweaty work, inventory checking, restocking supplies, the furniture and security issues — we are the perfect candidates. When are you going to stop walking all over us?”

I had to smile. You have to ask Eve how things got the way they did but that’s how it’s been since time immemorial.

For me, male teachers matter. I wish we had more of them, really I do. Nothing like a man’s view to put things into perspective, be it male pragmatism, masculine input, or fatherly censure. Sadly, however, male teachers are a rare species.

A female student told me in a conspiratorial whisper once, “Oh, but who says they are better at handling their feelings? Our Physics teacher is so emotional.”

He had been upset over something they had said to him during class. She would not tell me what it was; their secret. But I understood.

Women sometimes forget that men have issues too. They get angry, emotional, upset, anxious, worried stiff, broken-hearted and all broken up. Tell me about it — I have taught enough boys to know they are not always made of sterner stuff.

As for male teachers, who says they don’t plough through the same stuff that we do? Work, wife, children, money, girls, relationships, football, tuition, classroom management … you name it.

If their biased view about female bosses is legendary, it’s because they are born that way. Men are from Mars, remember?

Yet, I get them. And, I understand why they would rather keep to themselves or stay within the circle of men in the staffroom. They need their space.

Can you imagine what it is like to be the only guy among a dozen lady teachers who sit around you and air their female issues for all to hear?

A male colleague, much younger than me, once changed places just so he could sit next to me. “I can’t stand their prattle,” he explained, pointing to the brood of women whose company he had removed himself from.

I warned him that in my downtime, I talk a lot too. But he said gallantly, “You are more interesting. You are always writing, working or reading. I can learn a lot from you.”

It sounded like flattery to me but, as a woman, who was I to complain? We are from Venus, remember?

By the way, have you seen the poignant movie, Extremely Loud & Incredibly Close? It is a story of a small boy’s quest to trace a lock, after finding a key left in a vase by his father who had died in the Sept 11 terror attacks in New York. If the movie brought tears to your eyes as it did mine, then you would know what I mean when I say, “Let the men in”. They have as much heart as we do.

Tears are no longer a woman’s domain. I have seen grown men cry. And, despite their brave facade, I can’t count the number of male students I’ve consoled through their tears, their break-ups and their teenage angst.

While the gender lines are getting a little blurred these days, I shall always value what the men in my life have given and taught me.

These include my brothers, my father, my husband, male authors like Frank O’Connor (Teacher Man) and all the male colleagues I have had.

Strength, solidity and security laced with male objectivity, sardonic humour and pragmatism — I believe all these still count.

I once saw a male hockey coach shout instructions to schoolgirls on the field to go for the ball while his eight-month-old son slept, nestled in a knapsack strapped to his back!

Ah, for a little balance, let’s get their numbers up at school, shall we?