on March 8th, 2016 Posted By BG in Editorials
by Stefan Beck - The Daily Beast 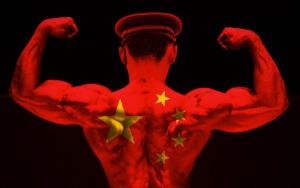 Two days before the temperature in my town dropped to -9°F, my dad asked me, as he tends to do at the coldest point in the winter, to join him on a backcountry ski trip to Mount Moosilauke. Moosilauke is in Benton, New Hampshire. It may not be hyperborean by the standards of Alert, Nunavut, but for context it is nearly an hour north of the Army Corps of Engineers’ Cold Regions Research and Engineering Laboratory. At this time of year it’s the kind of frigid that makes you feel like your nostrils are full of Gorilla Glue. This kind of cold is, for some reason, my dad’s idea of fun.

And I enjoy it, too, up to a point. I was raised to enjoy it. Still, on the manliness spectrum from whining milquetoast to The Revenant’s Hugh Glass, I’m the lesser man than my old man. It isn’t just the winter sports, either. He’s been an Eagle Scout, a big wall climber, an auto mechanic, a businessman, a stepfather, a father. Presumably he had a thing or two to prove: His own father was a company commander in the Battle of the Bulge and a liberator of KZ Buchenwald.

I thought about them both while reading, in The New York Times, that China’s education system is “aggressively recruiting male teachers, as the Chinese news media warns of a need to ‘salvage masculinity in schools.’” The Times is, of course, inviting its readers to smirk at this plan and its ignorance of the fact that masculinity is just an outdated social construct. The article begins by naming a male history teacher who tells stories “about warlords who threw witches into rivers and soldiers who outsmarted Japanese troops.” Subtext: to the benighted Chinese, masculinity is nothing but sexist superstition and martial chauvinism.

Right on cue, a Canadian wrote the Times to remind its readers, in true pull-string-doll fashion, that “[t]he problem with preserving ‘masculinity’ is that the term is meaningless. Nothing is innately masculine or feminine because traditional gender roles differ for every person and culture.” The logic here is a mess. That traditional, socially-constructed gender roles differ from culture to culture (though, being traditional, they can’t very well differ from person to person within a culture) is hardly incompatible with their meaning something specific to the Chinese. And whether or not a trait is innately masculine or feminine tells us nothing about whether or not its worth cultivating.

Before I court your hate mail, I hasten to note that the Chinese program is objectionable for at least three reasons. One is that this plan, issuing as it does from an authoritarian regime, savors unpleasantly of youth groups like the Hitlerjugend or Saddam’s Lions Cubs. Two, it supposes that certain activities—for example, “martial arts, computer repair and physics”—are the exclusive purview of men. Three, it endorses preferential treatment for men in hiring. I could go on without much difficulty, but for now I’m more interested in what isn’t wrong with it, and what it says about us that we recoil so reflexively from it.

In America, we’re free to reject traditional gender roles, which is as it should be. We’re also free to accept them. Most people do a little of both. (My dad, despite his predilection for strenuous or dangerous physical activity, has never to my knowledge watched Monday Night Football, and I had to learn what the Super Bowl was from kids on the playground.) There is, in 2016, nothing remotely eyebrow-raising about a mom running a Tough Mudder or a teen girl winning a robotics competition; there’s also no shame in being a stay-at-home dad or a teen boy whose grasp of football begins and ends with FX’s “The League.” How could we improve upon this situation by emulating China’s example? Who cares about “manliness,” anyway, when we’re all at liberty to form our own identities?

“Manly” is, admittedly, an annoying word, a corny word, a very turn-of-the-last-century word. It evokes circus strongmen in one-piece bathing suits. It evokes Hans and Franz. It evokes the Esquire Man. But it endures as a useful shorthand for certain qualities that ought to be encouraged not just in young men, but in everyone. The folly of the Chinese is to issue a valuable challenge to one sex and not the other. Our folly is not to issue much of a challenge at all. When our educators talk about character, they focus on easy, live-and-let-live values like optimism, empathy, and curiosity, not difficult ones like (per the Times) “assertiveness, courage and sacrifice.” Grit, the one “manly” character trait to become an education buzzword, is typically discussed only in terms of its applicability to academic success. What about character for its own sake? Should we follow China’s lead in promoting it? If so, how? What advice should we offer, to boys and girls alike, to better prepare them for self-reliant, productive, and happy adulthood? A few suggestions:

Have a thick skin. In 2013 there were 316.5 million people in the United States. There were 7.125 billion people on the planet. The expectation that one can go through life without being exposed to an attitude, opinion, or personality that he finds offensive isn’t just wishful thinking—it’s insane. Yet at some point our ostensibly brightest young people, those smart enough to gain admittance to top colleges, developed that expectation with a vengeance. As a result, op-eds ridiculing the academic language of “microaggressions” and “safe spaces” have proliferated like Solo cups at a frat party—but rather than laugh at the millennial allergy to the rough and tumble of free speech, we ought to do something about it. Serious instruction in the importance of the First Amendment should be a part of every student’s education. So should a sense that there is something both tyrannical and babyish about even wanting a world in which one is constantly protected from offense.

Empathize with everyone, not just the underdogs. It’s pretty clear that empathy as currently taught to young people is mostly about accepting the marginalized, refraining from bullying, and being a kind and tolerant person. That’s wonderful, but it’s also a missed opportunity. We ought to teach young people a more difficult but more rewarding skill: how to empathize with people they don’t like. Real life requires us to interact with people from a staggering array of backgrounds, and there will be things about a lot of them that we find distasteful. But confident people don’t limit their interactions to ideological allies. Humane people don’t reduce others to their greatest flaws. And imaginative people know that nobody is a mere cartoon or caricature. Learn to cut everyone some slack and the world becomes a vastly more interesting place.

Make yourself useful. Right after “get off of my lawn,” the most Angry Grandpa thing a person can say is probably “the world owes you nothing.” Still, I wish that I’d been taught its gentler-sounding corollary: It’s never too early to start thinking about how to make yourself useful to the world. Young people today must contend with an abysmal job market, and that’s after they’re robbed blind by educational institutions that do too little to prepare them for real-world employment. But this has been the case for so long and is so widely known that nobody has any excuse not to prepare for it. One should pursue a course of study that qualifies her for a job, yes, but why wait until college to start developing skills that the market values? A lot of knowledge is free. Learn to code. Learn to cook or snake a drain or hammer a nail. Learn to do something that the world needs done.

Be ambitious, but humble. It’s a cliché that millennials enter the workforce, when they are lucky enough to do so, with an outsize sense of entitlement. While such generational generalizations are tiresome, there is no harm in reminding young people of their limitations. A healthy degree of contempt for one’s own ignorance and incompetence can be a powerful motivator. One should take a long look at someone he admires and ask: What would it take for me to be like that?

We speak, after all, of “becoming a man,” and what most of the traits traditionally called “manly” have in common is that they can be developed only with great effort. This is a silly reason to associate them with men in particular, but a good reason to teach them to young people growing up in a world where everything is uncertain and preparedness is paramount. There is a lot of utopian thinking in our political culture. Too bad. It isn’t enough to know, as so many young activists and dreamers believe that they do, how things should be. In the short term, before the radiant future arrives, one has to know what to do about things as they are.