on November 2nd, 2015 Posted By BG in Editorials
By Julia Hartley-Brewer - The Telegraph 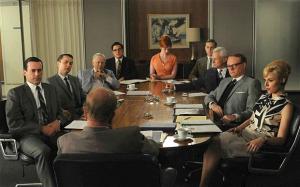 Women, know your place. And that place is in the boardrooms of Britain’s biggest companies.

A new Government-backed report from Lord Mervyn Davies has called for a target of at least a third of boardroom positions at FTSE 350 companies to be held by women by the end of the decade.

Lord Davies, who has been championing gender equality in the boardroom, stopped short of calling for quotas for the number of women in directorships but he hailed the “near revolution which has taken place in the boardroom and profound culture change at the heart of British business”.

And it is indeed nothing short of a revolution, with 26 per cent of board members at leading companies now being of the female persuasion – more than double the figure just four years ago.

This, we are told, is not so much down to the idea that women are better at business than men but that having a variety of people from different backgrounds tends to inform better decision making, with less group-think and more originality, honesty and willingness to face awkward truths.

What a shame, then, that we only seem to care about gender imbalance in certain jobs.

By all means, let’s set up government inquiries into the earnings and promotion prospects of high-flying businesswomen and their effects on the profits of hugely successful companies – but are those really the people and the institutions where gender inequality should be our biggest concern?

If David Cameron genuinely believes that institutions benefit from having a balance of men and women working in them, then he would do well to look beyond the boardroom to the classroom.

Because there is a far more worrying gender problem at the other end of the income scale from the six-figure-earning businesswomen that today’s report focuses upon, and that is the chronic lack of men in our primary school classrooms.

Only one in four teachers in our schools is now male, while that plummets down to just 14 per cent in our primary schools.

And an astonishing one in four of all primary schools have no men teaching in them at all.

This is particularly a problem for boys. Nearly one in five boys – 360,000 of the two million boys aged four to 11 – is being taught in a primary school without a single male teacher on the staff.

This has meant a chronic lack of strong, positive male role models for young boys – and young girls too – who are growing up in homes without a father.

It has also undoubtedly had an effect on the ability of boys to learn and do well at school, because they often need a more competitive, hands-on style of teaching that male teachers are more likely to understand. And it may also help explain the breakdown of discipline that has plagued our schools in recent decades.

We are always told how the lack of women in senior jobs in politics, business, the legal world, engineering, science, the media and any other profession you care to name, is holding back young girls.

Yet in teaching, the one profession with which every child has the most contact, we are perfectly content for the gender divide to persist and grow without any outcry about sexism or gender bias.

If gender balance really is as important as both the Prime Minister and Lord Davies say it is, then let’s worry less about the high-fliers in our boardrooms and start with the teachers in our classrooms.