on July 6th, 2010 Posted By BG in Editorials
by Jose - The Jose Vilson Blog 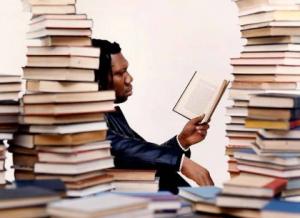 Here’s a real and researched statistic for you. Before college, I only had 1 Black male teacher. I also believe I had 1-2 male Latino (sorry for redundancy, it’s necessary) teachers in my lifetime before college as well. His name was Mr. Wingate and he taught me Computer Applications. In 12th grade. Nothing profound, but at my predominantly Catholic-Irish-Italian high school, he certainly caught hell for his bowties and manner of speaking (Spoke too properly, frowned upon by those who considers themselves the arbiters of proper speak, I guess). If I do the math correctly, that means out of the possible 40-60 teachers I’ve had in my lifetime, only 2-3 of them were men of Black / Latino descent. For someone who was born and raised in NYC, that’s staggering. That’s a 3% chance for someone like me to go without seeing someone representing us in the field of education.

Maybe some of you are wondering why that’s so important. Many teachers of all races, backgrounds, sexes, and ages have come in the classroom and proven effective facilitators of learning for urban youth, and to a certain extent, that’s true. And if the children is learning (I know what I wrote), then I admit there’s much to be gained there. I love that so many people are concerned about the plight of urban youth that they’re this open to talking about it and making a difference in a field that really needs teachers regardless of background. Plus, I get that there needs to be a diversity of experiences for everyone, as they have to survive in the same world that everyone else does. A small part of me also thinks who better to teach urban youth the tools needed to survive in a predominantly White country than … White people.

But I’d be lying if I told you I wasn’t disturbed by the lack of representation of Black / Latino males as teachers. For some, it’s simply that, while they may not be teachers, they’re still in the education field as principals, school aides and staff, third-party vendors, education lawyers, and professors in institutions of higher education. Those that do leave on that cause should still be counted within the ranks (for the most part) because, just as there’s a need for educators in that classroom, there’s also a need for people to make changes happen in school structures. While too many males use the “advancement” in position as a means of staying in education but not dealing with what happens in the classroom anymore, there are also those who’ve inspired us by staying in the classroom.

There go a few.

Then there are those who view teaching as a second-class profession. That speaks volumes about the society that we live in, where too many teachers are spoken of favorably, but when asked if they’d ever be teachers, they respond, “I don’t have the patience for this,” and “You guys don’t get paid enough.” In this capitalist society, money means stature, whether we value the person who holds the position or not. It’s not just coming from this generation either. My mom, whom I love dearly, on occasion wonder aloud why, with all the stress and duress I endure as a teacher, I would put up with this mess when I could make 150% more as a computer programmer.

There go a few more.

Then there are those of us who left the profession because it’s really easy to get jaded about the school system AND the human experience. For how can we continue to put up this farce that students in our schools have equity to those living in more affluent neighborhoods? I don’t know any fellow Black / Latino male (or female) teacher who thinks that every student in their school is getting properly serviced by this school system. We have there a divergent road where one side says, “Man this system is hopeless” and the other that says, “We’ll continue to fight.” While people say that our needs are too great, we only need to peak in other schools and see just how nurturing and inspiring some of these places are. When we see that, even if they’ve had us as a teacher, they can fall through these really big gaps in the path towards true education, and they fall in the stream of the stereotype, the prison, the drop-out, the cast-away.

Thus, when our students see more Black / Latino sports figures populating a multi-million dollar court or field and yet only see one Black / Latino teacher in their whole grade, or 2-3 in their whole school, then they’re probably less inspired to take teaching seriously. It’s why for a good generation or two, rappers kept talking about teaching, because they didn’t feel educated in the classroom. That’s why when we see those men in wild robes on the corner speaking, they’re usually followed by a crowd of men who also believe in that message, even when it may seem far too radical for our tastes.

And it’s also why, as a Black Latino, I see the value of being a teacher. While I can’t always pinpoint what makes me any different from other teachers of different backgrounds, here’s some things I’ve learned:

It’s not that gravitate to my color, either, but there’s a part of them that sees an authority figure who looks like them, understands what they’re going through, challenges them, and models for them how to act. Even those who graduated from my school have a hard time using the n-word around me because they know how I feel about it. Soon, because I said it, they’ll also see the value of not looking at themselves in the mirror as something inferior, and that they too can pass it along to people who need it the most. My 3 uncles from my father’s side are all teachers, coincidentally, and I hadn’t known that until I really saw teaching as a possibility.

People with only a 3% chance of ever seeing a teacher like me. And if the teacher isn’t even that good, well, another one bites the dust …

Jose, who wants to keep believing …