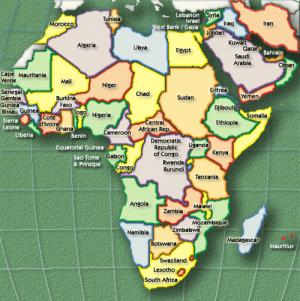 How about Liberia, Africa.

After getting back from the International Conference about men in early education in Berlin, Germany and reconnecting with my friend from Turkey, Ramazan Sak (you can read his interview here), I’ve been thinking about places in the world where the majority of teachers of children are men. That’s when I was reading an article that mentioned the disparity:

“The male-female disparity extends to teaching staffs. Only three percent of the nation’s high school teachers are women, according to the Education Ministry.”

And then the article goes on to say: “Public schools, especially those outside the capital, Monrovia, face a dire shortage of qualified teachers. Most rural schools depend on “volunteers” or “recruits” who have little formal education themselves. Although these teachers are entitled to pay, they are not certified and do not get full civil-service benefits. That means salaries are erratic.” Liberia: Why Spelling Matters: All Africa

Although they have high percentages of men, their education system has numerous struggles. To do our work requires thinking about the entire world and the issue of equity. At the conference in Germany, it became clear that there is not one solution to getting more men into education AND just getting men into education isn’t a solution by itself. We need to think about the training the men receive to be certain it is educating the men to not perpetuate stereotypes about men and women.

Ora Garway in the All Africa article mentions the disparity in education for girls and women:

“Girls are more likely than boys to repeat a class, to drop out of school and to be illiterate, despite concerted efforts to help them and keep them in the classroom. According to recent government health and population surveys, 56 percent of Liberian women never attended school and it is not unusual for high school classes to be overwhelmingly male.” This in contrast to what is happening in other countries. Education policies need to be addressed on a country and regional basis.

The work that many of us do, recruiting and training men to be teachers, can be complicated if we want to do it well. By doing it well, we’ll be challenging the stereotypes and building the possibility for future young men to choose teaching as a career. Coulter and McNay said it well in the conclusion to their paper:

“…bringing men in has the potential of allowing women and men to engage together in anti-sexist teaching practices and to challenge the gendered process of schooling. Until the purposes for ‘more men in elementary’ are clarified, individual men will continue to experience the contradictions of doing ‘women’s work’ and being ‘real men’ at the same time.” (Coulter & McNay, 1993. “Exploring Men’s Experiences as Elementary School Teachers.” Canadian Journal of Education, 18:4, p411)