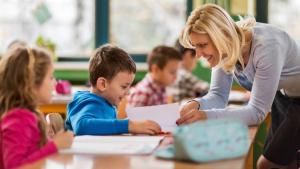 Society piles up all its ills at their door — and then buggers off on a cheap holiday in term time. And female teachers, it seems, are the devil’s work.

A report published by the Higher Education Policy Institute last week came with the grim warning that girls born this year would be 75 per cent more likely to study for a degree than boys if action were not taken to address a growing university gender gap.

This allowed Mary Curnock Cook, head of the Universities and Colleges Admissions Service, to spout the line so prevalent in the 1990s that boys’ education suffers because they are taught predominantly by women. Like the myth that grammar schools are better, this one was readily lapped up by a prejudiced popular press.

The Hepi report – entitled Boys to Men – for which Ms Curnock Cook wrote the foreword, found no truth in her assertion, as she happily admitted, but she didn’t let the facts stand in the way of a good tabloid soundbite.

“While this report does not find evidence to support the theory,” she wrote, “I remain instinctively convinced that, as in any other area of life, gender imbalance will itself generate further imbalance.”

But it’s the next sentence that’s the real corker. “Just as the performance of boys at GCSE has declined relative to girls, so the proportion of female teachers has increased.” Correlation is not causation, as someone working in higher education should know.

Comments such as these are insulting to women in teaching. Yes, it would be great to have more men in classrooms to give boys role models, but that’s not schools’ main responsibility.

Their responsibility is to teach children stuff. And what young people are most concerned about, says Becky Francis, who has carried out extensive research in this field and is soon to be director of the UCL Institute of Education, is not the teacher’s gender but “being a good subject expert and being interested in the pupil” (see page 14 in this week’s TES magazine).

That’s not to deny there is a problem, but it is not with all boys. Research clearly shows where the major challenges exist and it is with white working-class boys, who consistently underperform compared with girls from early years through to GCSE. But it is disadvantage, not necessarily gender, that is the issue.

What was most shocking about all of this is how, despite any evidence, the criticism was accepted without murmur. If anyone had challenged a predominantly male profession, would the reaction have been the same? We don’t say that women are finding it hard to take in the news because it’s read mainly by men, and we would scoff if someone posited the idea that women recover less well from surgery because most is performed by men.

Of course, none of this is new. Girls have been outperforming boys for a long time, except in a few subjects. Back in the post-war era, when grammar schools were mainstream, many secretly skewed their admissions test towards boys for fear that high-performing girls would come to dominate. And then in the 1990s, we had a moral panic over boys’ underachievement and there was a big drive to recruit more male teachers.