on October 3rd, 2008 Posted By BG in Key Articles
Training and Development Agency (TDA) of England 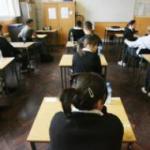 Almost half of men say that a male teacher has been a fundamental role model in their life, a survey commissioned by the Training and Development Agency (TDA) found.

The survey was commissioned to tie in with a new TDA campaign urging men to consider teaching.

And data published by the Higher Education Statistics Agency last week showed a widening gulf between the numbers of men and women gaining teaching qualifications from higher education institutions.

In 2006-07, men accounted for less than a quarter of teaching qualifications obtained, the statistics revealed.

The ICM survey questioned 1,032 men between September 19 and 21. Of those 837 had a male teacher when they were at primary school.