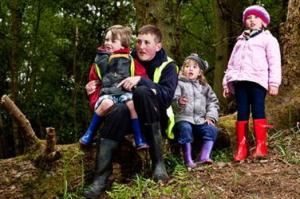 Parental opinion on male childcarers is warming after a survey by a group of major nursery providers found 98 per cent of parents are in favour of men looking after their children.

The Major Providers’ Group, made up of 14 of the largest nursery chains in the UK, has found that the vast majority of the 1,200 parents questioned would be happy for men to work with children aged three to five in day nurseries.

Neil Leitch, chief executive of the Pre-school Learning Alliance and a member of the Major Providers’ Group, said: “Parental attitudes have been long-held to be a barrier preventing men from working in childcare. However, our surveys suggest this is no longer the case.

“The vast majority of parents and female childcarers want more men working as trained professionals. The reality is that men themselves say that factors such as peer pressure and low pay have a significant impact on their decision not to work in childcare.”

Alongside the poll of parents, nearly 750 female childcare workers were questioned, of which nearly 97.8 per cent said they would value having male childcarers as part of their nursery team.

Carol Edmonds, managing director of nursery provider Bright Horizons Family Solutions who is also part of the network, added: “Until there is a fundamental rethink about the status and value of those already working in the sector, it is unlikely that we will get many more men working in childcare, even though this is what parents want.”