on July 6th, 2013 Posted By BG in Reports
by Peter Visser 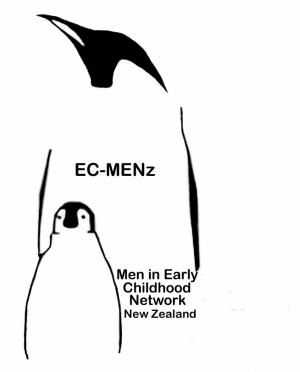 This year’s 2013 EC-MENz summit was hosted by Albert Samuel with his family and the community at the Cook Island Centre, Flaxmere in Hastings. The Summit began officially on Saturday morning with a very warm Cook Island welcome by our hosts.

Adam Buckingham, EC-MENz president, delivered his opening address for the two day gathering celebrating the successes: i.e. Facebook, the creation of an ECmenz brochure, two newsletters, the strategic plan, Sarah Farquhar’s nationwide research and the increase in male participation in NZ ECE. However, he also reminded us of the decrease of men attending at the regional networks, the decrease in EC-MENz  membership and the need to build a united pathway to achieve our goals.

The AGM for the organisation of EC-MENz was held at the beginning of this summit with the election of officers and committee members. There were no changes to existing structure of the ECMENZ committee. Peter Visser then presented the EC-MENz Strategic Plan with the new Vision and Mission statements. The existing six goals as presented on the website have now been reduced to three clear goals. The objectives under each of the goals were also looked at in more detail. Peter will finalise these including outcomes.

This year’s keynote speaker, the founder of EC-MENz Sarah Farquhar, began her address with a brief history of her early involvement with the issue of the lack of men in ECE. She explained how an interview with Kim Hill on National Radio led to a snow ball effect of public interest in this issue. She then

organised the first national meeting of men working in ECE in Christchurch, giving it the unique title of a men’s summit. She presented the latest national statistics celebrating the fact that we have now gone over the 2% threshold with 49 more men working in ECE. Sarah’s nationwide e-survey showed that centres and staff do want more men and are willing to look at ways to achieve this. Throughout her address she put forward the idea that the concern we needed to present to the government and the New Zealand people was the lack of gender diversity of those working in ECE, and that a more diverse work force in ECE was linked to increased learning for children.

The second part of her address focused on the knowledge she gained from her invitation to present at a Men in ECE conference in Berlin.

Some of the ideas she gained from this conference were:
•    Recognising that there are people who are interested in advocating for more men in ECE
•    The need to be able to persist through obstacles
•    Needing the cooperation of women
•    Providers needed to be involved  and invited
•    The need to be political to make change
•    The Government needs a target figure to achieve
•    Having more publicity campaigns
•    Looking at the obstacles for men participating in ECE and putting forward a range of masculinities.
•    Looking at boys in education
•    Targeting groups of ECE centres  and having pilot programmes for men
•    Look at the research project created in Germany
•    Having a coordination service that is able to field calls about training for men from services and providing PDL
•    Publicity campaigns e.g.  t-shirts with philosopher/ musician/ artist etc.

The evening saw us back at the Cook Island Centre for a huge feast with entertainment provided. This included a local Cook Island group of children and young people performing traditional song and dance, the Wanganui Pacifica group, and the early childhood men performing a variety of rehearsed and spontaneous songs. A wonderful fun filled evening was enjoyed by all.

On Sunday morning Garth Armstrong from the Wellington Kindergarten Association spoke to us about the Y Men project. Initially eight young Maori and Pacifica men from Wainuiomata were given ten weeks of work experience in the local kindergartens. Many of those involved in organising this project had local passion and whanaunga tanga in mind. They began the project knowing that this was not going to fail; that at the very least these guys were going to leave with an enhanced experience of the world. Garth emphasised the importance of wrap around support given to the men on the programme. The men attended training as part of the programme that included cultural performance and understanding children. He was able to show us many photos of the men working with the children and talked about some of the wonderful benefits that came out of this project for all. As a result four men are doing their training with Te Tari Puna Ora o Aotearoa. The Wellington Kindergarten Association has begun a 2013 project supported by the Todd foundation.

Many thanks to Albert Samuel, his mother Taime Samuel, and the Flaxmere Cook Island Community for helping organise and host the 2013, 7th ECmenz summit.

To show our ubiquitous skills here are photographs from the Summit of men flower arranging and making paper aeroplanes!