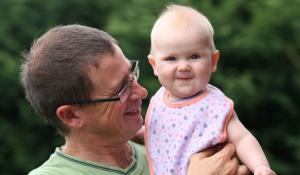 A Kindergarten teacher is using a scholarship to encourage other men into the profession.

Adam Buckingham received one of two $5000 scholarships awarded by NZEI Early Childhood this year. The Totaravale resident says he will use it to fund a project aimed at encouraging more men into early childhood teaching. Government statistics show there were 285 males compared with 18,112 female early childhood educators in licensed premises last July.

He hopes to gain new ideas about male participation in early childhood by attending a range of conferences throughout New Zealand and overseas. He plans to write about his findings and produce a booklet to encourage men into the industry. “We should reflect society and while men are a part of young children’s lives we don’t see enough of them in those nurturing, caring and educating roles at that early level.”

Mr Buckingham became an early childhood teacher after being poisoned by methobromide when it spilled in a trucking accident about 10 years ago. The experience forced him to rethink his career as a truck driver. During the six months he spent recovering he decided to “do something for the community”.

He now works for the Auckland Kindergarten Association, employed in kindergartens throughout the region. He says men are generally put off the industry by the lower salaries and fear of being accused of child abuse. But as a number of children grow up without a stable male figure at home, it’s important to have men involved in education, he says.

Fathers feel more comfortable spending time with their children at a centre where other males are present, he says.