on August 25th, 2013 Posted By BG in World News
By Nazrin Gadimova - AZERNEWS 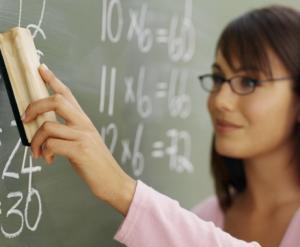 The Ministry of Education has cited the reasons for the number of male teachers being below that of female teachers in the secondary schools of Azerbaijan.

Besides the salary, the small number of men involved in teaching is being influenced by other factors related to business activity and other issues, the ministry said on August 20.

It says that currently the vast majority of teachers who work in schools – 76.27 percent – are women. The number of women who sought jobs in schools was 70 percent in 2013.

“The dominance of women among secondary school teachers is typical for all countries, including Azerbaijan,” the statement reads. “However, studies of the psychological impact of this factor (positive or negative) on the students and their behavior were not conducted. Therefore, it is wrong to unambiguously regard the prevalence of female teachers in schools as a negative instance.”

The work of male instructors is less effective given that they often do not associate their long-term plans in life with the school and work part-time more often than female teachers. They often do not tend to see the success of the students as their personal accomplishment, so, they are less interested in it. Generally, employment at school could be considered as laborious, monotonous and routine work. Overall, it is more difficult for men to get used to the routine and they always want changes in their lives and are not as patient as women.

Thus, a teacher and a doctor are the most common professions among women in Azerbaijan. This conclusion can be drawn from the facts and figures drawn up by the State Statistics Committee.

The statistics downplays the stereotype in society that science is a man’s business. Thus, more than half of the 53.6 percent of all scientists in the country are women.

“Over the past five years, the number of female PhDs in Azerbaijan has increased by 25.2 percent. Three of the 52 full-fledged members and 11 of the 105 members of the Azerbaijan National Academy of Sciences are women,” the statement says.

Overall, women make up about half of the total population of over 9 million in Azerbaijan.