on January 24th, 2012 Posted By BG in World News
by Simon Wong - The Marlborough Express 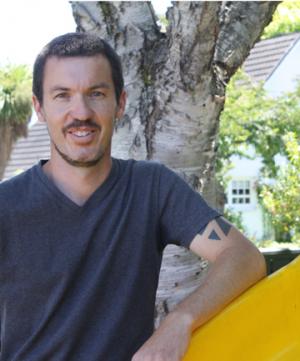 Marlborough’s only male kindergarten teacher is encouraging other men to “throw the stigma out the window” and join the profession.

Michael Clark, the head teacher at Springlands Kindergarten, said he wanted men to forget about what people might think about them being in early childhood education.

Male kindergarten teachers make up only 1.7 per cent of the country’s teachers.

Mr Clark is the only male kindergarten teacher in the region, although there is another male teacher working at a play centre.

He said he was more rough and tumble, more forgiving and also louder than his female counterparts.

Mr Clark started at Springlands Kindergarten in term 2 last year and before that was a teacher at Renwick Kindergarten for two years.

Children needed more males as role models in their early education to show them they could choose careers that did not necessarily fit their gender, he said.

Male teachers also brought a different perspective to the table, he said.

“There’s a lot of talk about how boys learn and how best to teach boys because, in a profession dominated by women, they don’t understand how boys work.”

Some people were a bit wary about men working with children at first, he said.

“Historically there have been times where there’ve been anti-man sentiments when working with kids.”

Clark first trained as a primary school teacher before later training as a kindergarten teacher at Massey University.

During that time he was required to do placements at different kindergartens.

“Sometimes you’d turn up for a four-week placement and at the start you’d get that `Ah, yeah, oh, a guy – right’.”

Once teachers and parents knew he was married and had young children of his own, they became more comfortable with him as a kindergarten teacher, he said.

Becoming a kindergarten teacher needed to be seen as a viable career option for male school-leavers, he said.

Men needed to have the self-confidence and resilience to “buck the trend” and become kindergarten teachers if they wanted to.