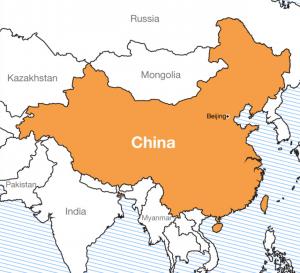 As the new school semester begins in September, more and more Chinese primary and middle schools, as well as parents of students, are realizing that urban schools are increasingly facing a shortage of male teachers, and rural schools are facing an overall teacher shortage.

“My child is now in the sixth grade in primary school… From the first grade, he has never had a single male teacher except in physical education classes,” people.cn, the news website of the People’s Daily, quoted an unnamed student parent from Taiyuan, North China’s Shanxi Province as saying.

Qiao Huijun, the principal of Weihua Primary School in Taiyuan, said that “the ratio for male and female teachers in the school is about 1:8. As the country is implementing the second-child policy, more female teachers are becoming pregnant and giving birth.
Go to website to see photos of a male kindergarten teacher’s first day.

The disproportion problem is not exclusive to Taiyuan, but a widely existing phenomenon around the country, people.cn reported on Sunday.

The problem is more significant when people take courses into account, as even fewer male teachers teach arts-related courses than science-related courses, Zhang Lin, a teacher at Beijing No.18 Middle School, told the Global Times on Wednesday.

“I earn 2,600 yuan ($378) a month, and I need to pay 2,200 yuan each month for my mortgage… As the backbone in my family, this income is too low for me to maintain a reasonable quality of life of my family,” said Du Tongshi, a male teacher at Zhushi Primary School in Nanchang, East China’s Jiangxi Province.

“Many male teachers have no choice but to leave for other occupations,” Du said.

Male teachers do not enjoy much space for promotion, nor do they gain much sense of achievement, said Shu Yaoyun, a teacher at Shangsha No. 21 Middle School in Central China’s Hunan Province.

There is a stereotype in Chinese society that being a male teacher is a dead-end job, to an extent that male students do not choose to study education at universities anymore, according to Zhang Guofeng, a physics teacher at Pingyao No. 3 Middle School in Shanxi.

Xiong Bingqi, deputy director of the 21st Century Education Research Institute, told the Global Times on Wednesday that the overall income level of kindergarten, primary and middle school teachers in China is low, not only for male teachers, but also for female teachers.

Females tend to accept a low salary as long as the position is stable, while males tend to shoulder more responsibility in their families, and therefore cannot accept the low salary, Xiong noted.

They set examples to students for their daily lives and help shape children’s characters in terms of bravery and enterprise, Zhang said.

Xiong said that the income of primary and middle school teachers must be increased in order to solve the problem.

Despite efforts by the central government, many local authorities only pay attention to high school education and ignore primary schools and junior highs because they see the entrance rate to colleges and universities as the measure of their achievement, Xiong said.

In many rural areas in China, having enough qualified teachers at all is a wild wish.

According to a Monday article by Buyidao, a Wechat media account affiliated with the Global Times, primary and middle schools in less-developed areas have to employ those who had below-average academic scores as teachers.

These schools are facing challenges in hiring good teachers and keeping them, as there is a difference in the education environment between cities and rural areas by nature. Schools have to lower their standards to get enough teachers, the article said.

Students also tend to leave rural areas to get education in cities. With fewer and fewer students in class, the atmosphere of competition for both students and teachers is gone and teachers also gain less sense of achievement, the article said.

“Teachers are not willing to work in rural areas because of difficult conditions and even lower payment [than in cities],” Xiong said.

China’s education model focuses on the rate of entering higher schools. Education resources in rural areas are limited and cannot contribute to “achievements” of local authorities, so they are further ignored, Xiong noted.

In addition to increasing payments for teachers, the Buyidao article urges the construction of larger schools in rural areas instead of scattered smaller ones, so education resources can become more concentrated.

The article also said that schools should build an incentive system to encourage teachers to compete with each other and boost efforts to cultivate more qualified teachers.