on April 2nd, 2014 Posted By BG in World News
by Jane Haywood 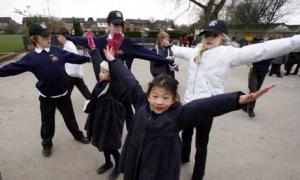 One of the first clear calls from the coalition government for the early years sector was to encourage greater gender equality in the workforce. But with the number of men in the sector staying static at just 2%, it doesn’t seem the message is getting through.

The benefits to reversing this trend are clear. Some young children lack a positive male role model and a male early years worker could provide this.

While we must be careful not to stereotype male practitioners as being about rough and tumble outdoor play, having a balance of men and women in the workforce brings different approaches, outlooks and styles to working with children. Plus, from a recruitment and retention point of view, men working in the sector report very high levels of job satisfaction – evidence that early years is a challenging, rewarding and worthwhile place to be.

So what are the issues?

The obvious ones surround public opinion. There can be suspicions about the motives of men who want to work in early years compounded by the traditional “it’s not man’s work” attitude that pervades society. Both of these can be addressed by people working in the sector challenging these beliefs whenever necessary.

So how do we successfully recruit more men into the sector?

Some of the most long term successes in the UK have been led by Men in Childcare an organisation operating out of a family centre in Edinburgh.

Kenny Spence and Colin Chisholm have a formula that works. First up, make sure your advertising is clearly targeted at men, especially career changers. Respond quickly to enquiries and make sure that any recruits are on a programme initially with other men and with access to experienced male practitioners. Their focused efforts have brought a lot of success, in areas where they have operated for some time standard entry level HND courses have an intake that is 10-12% male.

Key ingredients beyond those tried and tested by Men in Childcare are engaging with employers and offering volunteering opportunities. Sheffield Children’s Centre is at the forefront of this demonstrating a commitment to 50/50 male/female staff. Interestingly some of the best successes have been in regions where employment opportunities in heavy industry are diminishing.

There has been a lot of thinking, writing and acting on the issues in recent years. The challenge for the sector now is to help the many small successes grow more systematically. Every new male practitioner recruited, trained, supported and established in the early year’s sector is a small success.

Early years is and must be a job for the boys too.