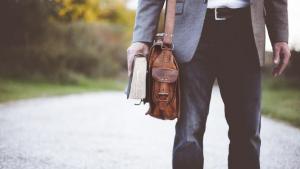 Men in primary schools put up with unfair comments about their health, appearance and career progress, says this teacher.

Being a male primary teacher can sometimes be lonely. Around one in 10 primary teachers are male and at times you can find yourself as the only man in the staff room, perhaps even the first male teacher in that school, ever. That being the case, I’m pleased to say that most of the time gender is not ultimately a factor and you don’t think about it – you just crack on, doing your job the best you can.

There have been, however, the odd occasions when either myself or other men I know have experienced what I suppose could be described as sexism, or at the very least inappropriate behaviour or comments. Before I begin, please believe me when I say that I’m not having a sense-of-humour bypass or being easily offended – I’m just reflecting on almost 10 years at the chalkface.

Firstly, let’s look at the issue of the throwaway remark. If a man is unwell or has a cold, it’s always put down as “man flu” and that he’s overegging the symptoms. Why is a man’s cold or flu easier to recover from than a woman’s? It creates an unfair culture where men who are really struggling and probably should take a day off to recover don’t do it. So they often go on to suffer for longer because of it and the cold turns into losing a voice and being off work for several days – everyone loses.

On the throwaway remarks, I’ve also heard women openly slagging off men’s fashion in a way they would never do for each other. An example is an old colleague of mine who was once openly slaughtered for daring to wear shorts during hot weather: comments like “Put those legs away!” or “Did you shave your legs?” As much as these are meant in a jovial spirit, they are things a man would never dare say to a woman, and quite rightly so. Whether it was meant or not, objectifying this man made him feel uncomfortable and, funnily enough, he wore trousers the next day.

Lastly, let’s tackle the issue of promotion. If a man is promoted, as a university friend of mine recently was, the general feeling from his staff is that one of the factors in his promotion was that he was male. To break that down, you take away all his years of hard work, hours of interview preparation and general likeability, to declare that part of his promotion was probably down to the simple fact that he is a man.

I heard a story once about a male primary teacher being in the staffroom when a very senior figure in one local authority came for a visit. This particular individual claimed that people like the unassuming teacher (white male) weren’t needed in senior promoted positions but people like his colleague (Asian female) most definitely were needed. Now, with a strategic head on, I understand the sentiment in what was said – raising numbers of various underrepresented groups is important – but to make the point that she would only be promoted based on sex and ethnicity, while he wouldn’t because of the same factors, is extremely insulting to both.

This issue isn’t something to be taken lightly. I’ve known men who, when looking at schools advertising promoted positions, have decided not to apply if there is a man already in the SMT (senior management team) because they feel they wouldn’t appoint two men. I can’t imagine the same happening for women when looking into promoted positions. There is a culture emerging where men are starting to feel that, even if they are perfect for the job, their sex might go against them.

I guess if you’re thinking, “Why is he writing this? It’s clearly only a bit of fun when it comes to the throwaway comments, and promotion surely isn’t that difficult for male teacher,” I guess my answer is: what if it was a woman raising such concerns? Would she be dismissed quite as readily?
Adam Black is a primary teacher in Scotland. He tweets @adam_black23.