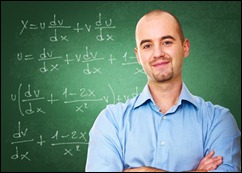 If you live in New Zealand, there is every chance that your child will not have a male teacher until they reach high school.

Startling. But is it important? Education Minister Hon Hekia Parata argues that it is the effectiveness of the teacher, rather than the gender of the teacher, that makes a difference to a child’s learning.

A fair claim, perhaps. After all, New Zealand has a stellar reputation for promoting equality between the sexes, particularly as it relates to the workplace. We have women CEOs, women prime ministers, and of course, women principals. We are fairly agreed that there’s no difference in the capabilities of the sexes, so is it really important if only 18 per cent of primary school teachers, and just 2% of early childhood education teachers, are male?

These statistics make teaching one of the most gender-segregated professions in the country, and Early Childhood Council chief executive Peter Reynolds says such segregation “would not be tolerated in law or medicine.” He contends that teaching is more than just an ability to impart a knowledge of the ABCs, and that teachers also play a crucial role in the social development of children. Hence, a positive male influence in the lives of the 31% of New Zealand families that are single parented would be beneficial.

“Even a small increase in numbers of male teachers would benefit thousands of children and families,” Mr Reynolds says. “It would, for example, impact the many children who lack a reliable male figure in their lives, and especially those who have little but bad experiences of men.”

“The debate is not whether men or women are better teachers – that is not the point. It is that we have a huge shortage of men in the education system, and boys are suffering academically and socially because of it.”

The question is, why?

Ministry of Education research shows that perceptions of the career and of teachers themselves have a powerful negative impact on teaching as a career of choice.There are many misconceptions about teaching, particularly about the salary and working conditions for teachers.

“For the majority of people, teaching is seen as a fall-back or second option, something to be considered if other opportunities fail,” says Education Minister Parata.

That’s basically how primary teach P Moon says he became a teacher. “My friends were going through teachers college. I had no real direction career wise and I had no job at the time, so it seemed like a good idea.”

“I like the reward that you get from building relationships not only with staff but young people and parents. No two days are the same and the school holidays are great. The teaching lifestyle is very family-friendly: whenever you’re on holiday, so are your own kids. Also, salary means you get paid whether you’re on holiday or not, and there are management opportunities if you are ambitious.”

The Ministry of Education is working on a new promotion strategy for teacher recruitment that focuses on lifting the status of teaching and increasing the diversity of the teaching workforce, including the proportion of men. Nelson Tasman Kindergartens CEO Wendy Logan says it can’t come soon enough. In the absence of a centralised male recruitment push, they have been making an effort to make kindergartens “bloke friendly” through dad and daughter nights, bloke-only groups, and by encouraging dads with food and coffee.

“Positive male role models in the lives of young children, boys in particular, are essential for the development of ongoing social competency and a sense of collective identity,” she says. “We are making a concerted effort to attract males to the early childhood sector.”

Wellington Kindergarten Association general manager Amanda Coulston says it is the social aspect that has really made a difference in the lives of kids in Wellington kindergartens. The association ran a pilot programme that saw young men employed in untrained positions alongside current centre staff. Coulston says the difference was phenomenal, especially for the boys.

“One of the really powerful things for the boys is that they see themselves reflected in the young men. The families of the kids have been really positive about it too, and we’ve noticed now that the young fathers spend more time in the kindergarten engaging with the young men rather than just dropping the kids off.”

One unexpected outcome of the pilot is that six out of the eight young men who participated have decided to enter early childhood education teacher training. That in itself was completely unexpected, says Coulston. But what was even more unexpected was that a few fathers of kindergarten children decided to pursue teacher training also.

“It’s breaking down barriers so that people actually see that early childhood is a valued option and an important place to be. We are doing our children an injustice by not encouraging men to be involved.”

Early Childhood Council CEO Reynolds says a recent early childhood conference highlighted that many families would like more men teaching their under fives, and a lack of male teachers in the primary sector too often “quarantined children from all but the most destructive of males.” He believes, and is backed up by Ministry of Education research, that young men are discouraged from teaching in early childhood and primary school roles because they are vulnerable to false accusations of improper practice or abuse in teaching situations.

“But the worst of that nonsense is over,” he says, “and there is now a renewed desire from both families and centres for there to be many more men working in the early childhood sector.”

ChildForum early childhood expert Dr Sarah Farquhar says it’s “unhelpful” to revisit thoughts of 1990s paedophile hysteria that have been put to rest within the sector a long time ago. Instead, she says, it’s important to focus on creative ways of attracting men back to teaching.

“There are many men who might consider a job in childcare given the right encouragement, particularly fathers and older men who might be thinking about a career change but who may not be able to spend three or four years obtaining a qualification without work.”