on July 28th, 2021 Posted By BG in World News
by Liz Lightfoot - The Guardian - United Kingdom 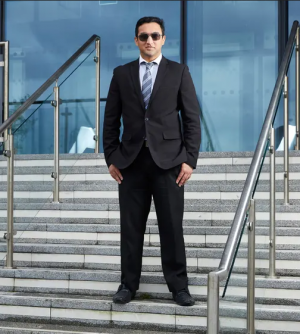 From group bubbles to virtual classrooms, it was a strange year to be starting out in school. How did they cope?

It is nearly a year since the Guardian met three newly qualified teachers entering the classroom for their first full-time jobs. Excited, nervous, idealistic, all three saw teaching as a vocation, helping to support the next generation.

But what a year. Newly qualified to teach just as the Covid-19 pandemic was changing everything, they have been through a baptism of fire. They have had to manage virtual teaching, year group bubbles, and strict rules for hygiene and the use of equipment.

The two who were secondary teachers were like pack-horses, lugging their books and equipment around school, taking lessons to students until the end of the last term, when they finally got their own classrooms. There were different challenges in primary schools, where teachers could easily feel isolated in their own class bubbles. So how do they feel it went?

Cards and thank you letters from students made a fine ending for Ibraheem Ali Khan, 24, after an exhausting but happy first year of teaching. “It was such an amazing thing for students to do and so kind of them. It’s nice to get that appreciation and it makes you think you are making a difference.”

“At the start I said I wanted to be a role model and I feel that now even more strongly. Today I learned something very interesting from a colleague – that 46% of schools in the UK do not have a BAME [Black, Asian and minority ethnic] teacher,” says Ibraheem, from Wakefield, West Yorkshire, whose grandfather came to England from Pakistan in the 1960s to work in the textile industry. “That’s really shocking. Male BAME teachers are rare and that’s a real pity, because it’s good for young people from a minority background to see a teacher who can be a role model for them.”

After completing his biochemistry degree at Sheffield Hallam University, Ibraheem took the School Direct route into teaching, an employment-based route for graduates, who are paid as they learn, in his case with Teach North and the Outwood Institute of Education. He has just completed his early career teacher induction year, teaching science at Outwood Grange Academy in Wakefield. “Teach North was a brilliant route into the profession as we visited a wide range of fantastic schools, gaining feedback at every opportunity,” he says.
Ibraheem Ali Khan outside school in Wakefield
‘It’s my calling’: new teachers in a pandemic – meet the class of 2020
Read more

What have been the highlights of his year? “Getting my own classroom! I got it towards the end of this last term and, honestly, it has made such a difference. It’s a large school and having to walk around the buildings to take lessons and equipment to the students, because of the Covid-19 restrictions, was really hard. Now I can relax a little between lessons. Even simple things, such as being able to glue something into a book, are difficult when you are always swapping rooms, as you are not allowed to swap glue sticks between year-group bubbles,” he says.

“My other favourite moment was when I was teaching my year 9 students about plastic pollution and I showed a slide that predicted that by 2050 there will be more plastic in the ocean than fish. You could see the shock and wonderment on their faces, and that was an amazing feeling,” he adds.

So, after the first year, has he chosen the right career? “Definitely, there is no doubt about that. I think that you have to have a passion to transform lives from the outset and most people who go into teaching have that. The work-life balance can be challenging, especially at first when you have to learn how to plan effective lessons, but it does get easier.

“I’m going to spend the summer resting and getting fit and I am looking forward to being back in September, with my own classroom.”

Sean Kenny: ‘After a fantastic year I’ve received an email saying there was no job for me’

“Just be yourself.” That’s the advice that Gillian Mann, the headteacher of Commercial primary school, gave Sean Kenny as he joined the staff for his probationary year last August. For Kenny, 32, a mature entrant to the profession, being himself meant indulging his creative side, taking on the persona of different characters to make learning fun for the children.

“In one year, I have taken on the role of a pilot, flying the class to Egypt and Texas, Badger from Fantastic Mr Fox, a Texas sheriff, and even a digital fox avatar called Ginger,” says Kenny, who taught seven- and eight-year-olds at the school in Dunfermline, Scotland.

“Schools that foster creativity and innovation bring out the best in teachers,” he says. He also feels the four-year teaching degree he did at the University of Edinburgh, where he was awarded the Currie prize for the best overall student, equipped him well because he had been able to spend a full year in a school as part of his studies. “It was extremely valuable, because you can observe children progress over a full year – something absent in shorter placements,” he says. Looking back, he says it might have been helpful to have had more discussion about how to approach talking to parents, which he found challenging during his year-long placement.

Saying goodbye to the children was sad and he almost ended up in tears, not least because two days before the end of the term he had found he was not going to be given a permanent job. Probationer salaries are paid by the Scottish government, which has been accused of over-recruitment, leading to job shortages. More than 2,000 recently qualified teachers in Scotland have formed the #LetUsTeach campaign to protest against the way “free” probationers are being used in place of staff on permanent contracts.

“I would have loved to stay at Commercial but unfortunately there were no vacancies,” he says. “For me, it’s been a six-year journey into teaching: college, then teacher training, and a probationary year. And after all that, two days before the end of term, I received an email from Fife council advising there was no job for me. It’s heart-breaking but I won’t let it spoil my probationer experience. I’ve had a year like no other in a fantastic school with wonderful children and I’ve loved being their teacher. I believe I fostered relationships that were not purely academic and for that reason, I will never forget them.”