on February 25th, 2017 Posted By BG in World News
The Yomiuri Shimbun - The Japan News 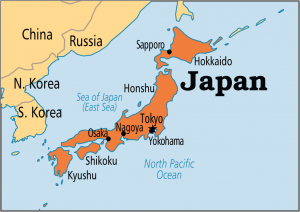 A plan by the Chiba municipal government to promote the utilization of male nursery teachers has sparked intense debate on the internet about the involvement of male childcare workers in changing the clothes and diapers of infant girls.

Chiba Mayor Toshihito Kumagai’s tweet saying “Requests from girls’ parents not to have male teachers involved in changing clothes had been the accepted norm” was met with responses on both sides of the issue, such as “Male nursery teachers should be treated equally,” and “I feel uncomfortable if men are involved [in such matters].”

According to the city government, there were 50 males, or 7.1 percent, among the 700 full-time nursery teachers at municipal day care centers and “nintei kodomo” certfied childcare facilities that also function as day care centers as of April 2016.

Some of the facilities did not allow male teachers to help girls change clothes to avoid issues. However, according to the city’s Jan. 18 plan, day care services should be carried out regardless of the gender of the childcare worker. City officials said male nursery teachers will be involved in assisting girls to change clothes and use the toilet at 59 municipal day care centers.

The plan was compiled with the aim of creating an easy-to-work-in environment for male teachers. Items in the plan include:

■ If requested, two or more male nursery teachers will be assigned to a facility to help avoid feelings of isolation

After Kumagai tweeted about the plan and the issue of changing clothes, many responses flowed in to his Twitter and Facebook accounts. It also became a topic of discussion on internet bulletin boards and news-aggregation sites.

As of the end of last month, 43 opinions were submitted to the city via email, telephone and letter. Of them, 18 were in favor of having male teachers perform such duties and 16 were against, while nine had other opinions.

Opinions of parents whose children go to day care centers are also divided.

Said a 30-year old mother: “When it’s a girl, I’d feel more comfortable if a female teacher does it.”

Some male nursery teachers are puzzled by it becoming an issue.

“Helping change clothes and diapers is just one small part of what we do. Why is only this one aspect a subject for debate?” said a frustrated 35-year-old male teacher.

“This issue should be used as an opportunity to both gain understanding that the role of a childcare worker is to be involved with children as experts, and seriously address the concerns of parents,” said Tamagawa University Prof. Hirotomo Omameuda, an expert on infant and preschool education.

An infant might wet his/her pants at any time, and if a male teacher is not allowed to handle clothing changes or toilet use, he cannot advance beyond the parameters of an apprentice-like position.
If a child reaches a stage at which he or she feels embarrassed when helped during a change of clothes by a person of the opposite gender, the child can change clothes alone.
Nursery teachers are well-educated as professionals to give consideration to children’s sense of embarrassment when helping them use the toilet or change clothes.
Negative

It’s an intolerable pain for a child who develops early awareness of gender difference. Male teachers should be increased, and boys and girls dealt with separately.
Honestly, I feel uncomfortable about male teachers helping girls in such instances. Men and women are not the same.
I am concerned that men harboring intentions of sexual abuse might be working as nursery teachers.