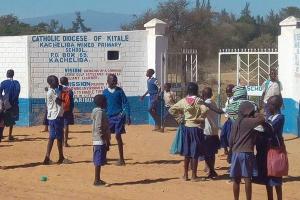 In the past 10 years, there has been a downward trend in enrolment of male candidates to teacher training colleges at the primary school level. I’ve heard from a number of principals that, in some colleges, female students comprise two-thirds to three-quarters of the total number.

Should the trend continue, we will have boys in primary school almost exclusively taught by female teachers. They will have no male role models in their formative years. This state of affairs is worrying and calls for a solution by the relevant government departments.

But economic trends over the past two decades point to alternatives for the male gender that are more exciting and faster in bringing in returns. The boda boda, construction and M-Pesa businesses stand out.

Let us consider boda boda business. Take two students who completed KCSE in 2014. Student A chooses to buy a boda boda motorcycle in 2015. He starts his business in an urban setting. An interview I carried out indicates that student A could make Sh800 to Sh2,400 a day. With an average of Sh1,500, he would have a monthly income of Sh45,000 that is largely untaxed. This may reduce to Sh40,000 due to a few days he may not be at work.

In addition, boda boda riders in large groups are influential. During political campaigns, they form pressure groups that cannot be ignored by aspirants. This becomes an additional source of income for them. By 2022, student A will most likely be married and his first child joining primary school.

Student B completes KCSE in 2014 and joins a teachers college in September 2015. He is trained for two years, therefore graduating in late 2017 or early 2018. It takes him five years to be employed due to competition from earlier graduates.

He is eventually employed in 2022 and posted to a county far away from home, where there is a vacancy, with a consolidated emolument of less than Sh50,000 that is taxed. On reporting to duty, student B will, in a short while, teach the child of student A while just starting to think about starting a family.

On the other hand, female Student C cannot think of becoming a boda boda rider and mentally prepares to train as a teacher as one of the good options available to her. She represents the larger proportion of female KCSE holders.

The inventor of Ford vehicles, Henry Ford, once commented that if he had asked customers to advise him on what to invent, they would have asked for a faster horse.

The P1 certificate course has been phased out, to be replaced by a diploma. But one cannot, at this stage, be sure that the trends in economic activities in the country will not lead to a situation where the diploma teachers, upon employment, find out that their less-qualified brothers in the informal sector are doing much better than them — in a similar fashion as the present-day P1 teachers.

Hopefully, the diploma teachers would not be akin to the faster horses that Ford referred to.

So, what is the way forward? Several underlying issues need to be addressed. First, as psychologists have taught us, we have to have gender balance among teachers in primary schools. This requires a deliberate policy and strategy.

Secondly, the Ministry of Education and other agencies responsible for planning may need to carry out research on a continuous basis to identify other opportunities for potential teachers away from teaching. This way, male candidates can be retained in teaching.

Thirdly, the Teachers Service Commission and the Salaries and Remuneration Commission would have to review the package for teachers at every level to attract and retain them.

While at a management course at Hiroshima University in 2001, I found out that salaries of primary school teachers in Japan were almost at par with those of university professors. I was told that this was deliberate, owing to the importance the Japanese attach to their children. We need to take a leaf from such best practices.