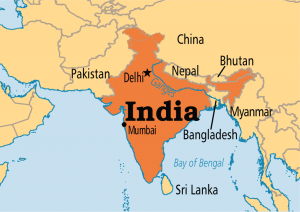 Sabu Thomas has a way with the tiny ones, they take to him like flies to a sugar pie. It has been so for the past 15 years, ever since he chose to tread a path that few men opt for. Sabu is one of the two male pre-primary teachers in the state and the only one in the city.

At the Govt Model HS, LPS & Nursery School at Thycaud, the teacher has a loyal gang of tiny tots who simply adore him. He deals them with an ease which is to be marvelled at. With songs, rhymes and activities, he would break any misconceptions about a male pre-primary teacher. A pre-primary teacher has to explore the nuances of language to make it kids-friendly.

Though it sounds simple, it is difficult with four and five year olds, he says. Sabu could tell you any number of incidents to show how difficult it is, but he has had many moments when the kids had moved him to tears. Once, one of the kids, Devananda M, had cried over the phone when he was absent for two days from the school. She agreed to come to class only when he assured her that he would be present the next day. 

Sabu has been teaching in such a way that parents expect a teacher to do. He is one among the two male government pre-primary teachers in the state, the other being Abdul Salam of Nedumangad Town LPS, says K Bhuvanachandran Nair, headmaster of the school. Sabu has been in the profession since 1996. He calls his profession close to divine, as he considers himself the best friend of God since he teaches a set of innocent kids. Not confining to the set compartments of the syllabus, he seeks the aid of new media and occasionally plays interactive CD-ROMs to his students.

His work with teaching started out of mere curiosity while reading a board erected at Vazhuthacaud, way back in 1986. At that time, Sabu had already joined for B Com at the Govt Arts College at Thycaud. He applied for the government pre-primary teaching course when he saw an advertisement in a newspaper which, for the first time, was inviting men too. After getting selected, he passed with flying colours with a first class and A+ for practicals alone. An avid music lover and composer, Sabu has composed for devotional albums and childrens CD-ROMs.

Sabu also holds a degree in Bachelor of Theatre Arts from School of Drama, Thrissur. He has also made a foray into film industry, being the assistant director for movies like Highway, Arabia, Kaliyattom and Desadanam. He has big ideas on how the dry classrooms in government schools could be rejuvenated. There is immense talent in the government sector, but the infrastructure here is not good. With the improvement of infrastructure, students who flood to private schools can be attracted to government schools, he says. Sabus wife Jessy Samuel is a pre-primary teacher with the Bhavans Public School, Qatar. Daughter Kripa Sabu is a plus-two student with Deva Matha Public School, Thrissur and son Asish Sabu is a seventh standard student with Chinmaya Vidyalaya, Vazhuthacaud.