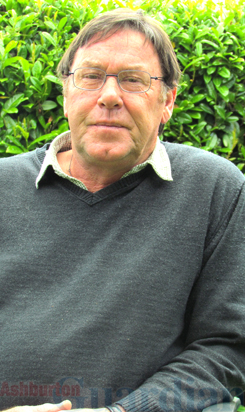 Peter Harper moved to Methven with the intention of only staying a couple of years. Now, 31 years later, he’s ended his career at Mount Hutt College and finds himself in a strange place – the job market. His departure isn’t retirement; it’s just a change of scenery. Mr Harper came from a teaching family – his mother taught English, his father taught mathematics. So naturally when it came time for him to leave school, he didn’t consider too many options. He went to teachers college and spent his first four years of teaching on the West Coast. He admits he didn’t even know where Methven was before coming to the small town but said he and his family fell in love with the place.

“It’s a great place to live and it’s a lifestyle you just can’t swap so we won’t be leaving town – why would we? I haven’t retired at all but after 31 years of doing the same thing, there comes a time when you want to do something different.”

“I’ve got a lot of other interests like golf, fishing and reading but the next step is finding another job, part-time would be good,” he said.

He leaves the college as the head of English, a role which he started 20-odd years ago. He originally started out by teaching geography, history and English and said he seemed to relate well to teenagers. “I was never going to teach a younger group but teenagers are just so spontaneous, outgoing and funny in their own way. “Students certainly haven’t changed much over 31 years and I will miss my students – they’re a big part of the game. “I won’t miss the endless pile of paperwork when the only thing that is important in classrooms are good teachers and that will never change. The paperwork is only ever as good as the person doing it so the rest is totally material,” he said.

During his time as a teacher, boys’ education has been a passion for Mr Harper and he doesn’t think schools do enough for them. “There is an increasing disengagement of boys happening and that is a huge challenge for schools. “There also aren’t enough male role models in schools, particularly in English. “There isn’t any easy answer but it’s time boys’ education was looked at to see what we can do better for them,” he said.

With technology also advancing, it was the giant elephant in the room.

“The biggest question is how we make it educationally useful because it’s got to be valuable in terms of learning,” he said. Extra curricular activities have been a highlight throughout his time at the school. He did 18 years with the school rugby team, 12 years of productions, took cricket for years and even dabbled in some golf coaching. “All those things were really good. There was a lot of work involved but a good return so I got obsessed with those sorts of things. “It was a passion of mine and I’ll take away some great memories from those experiences,” he said. He knows he will not fully escape the school, as he doesn’t intend to leave the area. “I’m sure I’ll see students or staff all the time in the community,” he said.

In the meantime, before he finds a job, his daughter has promised him a gig looking after his three grandchildren who live locally. With another child and grandchild in Napier, travel will also be on the cards. Despite his teaching career, he has managed to backpack through Asia for a year, spent nine months in Britain and Europe, among other minor travels. “There will still be plenty of things to keep me occupied,” he said.