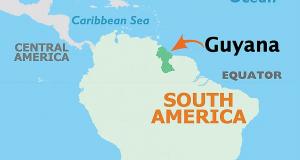 It is common knowledge that the teaching profession is one where the female gender is the majority, but have we ever really wondered why? I wish to share with readers one of the major reasons why males are leaving the teaching fraternity and are even hesitant in joining it.

Fact is, having men as teachers helps to improve the education system, since male teachers have always made a significant impact as good role models for children. The mere presence of male teachers in schools provide children with the opportunity to observe non- violent behaviours and positive interactions with the opposite gender.

In Guyana, the sad reality is, the salary that is being paid to a teacher cannot maintain a family of two person’s much less having children to feed. It is extremely difficult for a man to provide for his family with the pittance given, in this time when cost of living has skyrocketed. This is the main reason why men make up the minority in the teaching profession and it also forces them to leave. In as much as those in authority are pretending to be blind and lend a deaf ear to this issue, it needs to be addressed with exigency because it has far reaching implications. In the near future, it is our nation that will suffer. We need to pause for a moment and carefully think and consider the repercussions, should there be a complete absence of male teachers in the system. There will certainly be a breakdown in moral uprightness in our society.

Often times, we hear from education officials that they didn’t ring a bell and call persons to teaching. This means that you choose to be a teacher, you must endure. I say, that is utter nonsense! It is not a valid justification for underpaying the educators of this land. In a country with one of the fastest growing economy, dubbed as ‘Oil Rich Nation’, it is more than unreasonable for the President to announce an 8% salary increase. One may argue that, it is good for now and that more is to come but I have been hearing that narrative every time an announcement is made for a salary increase for several years now. Evidently, those who speak like that do so based on political affiliations. Editor, imagine, senior teachers will be receiving not more than $10,000 added to their salaries. Can that amount address the rise in cost of living? What will the holiday season look like for teachers? Not even Santa knows that.

When will Guyana ever treat its teachers the way they deserve? Guyana has to be more sympathetic to the plight of its teachers and I urge those in authority to give our educators what they deserve. We can do better!