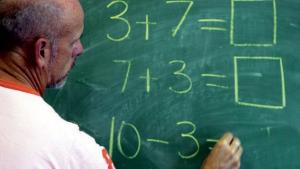 Not the Mitchell Pearces’ of the world, who are a disgrace, but the men who are trying to make a difference in our kids’ lives every day. Men like our own husbands, brothers and sons.

Thousands of Perth parents are breathing an almost-guilty sigh of relief this morning as school goes back for another year. The holidays have flown by and for many there may now finally be a few minutes of uninterrupted peace.

At the same time, thousands of Perth teachers are ready for the new school year and wondering what daily challenges lie ahead for them.

Sadly, for male teachers, one unfair challenge is the creeping assumptions and sniggering developing in our society – just because they happen to be male.

Just last year at local swimming lessons, my five-year-old daughter ended up getting one-on-one tuition because at the very first lesson the other mums complained that they did not want the 22-year-old male teacher to instruct their daughters. Ironically, this young man was doing this casual job to fund his university studies, where he was studying to become a primary school teacher.

This lovely young man had taught my son the previous year, in a class with girls and boys. There was great relief for both him and the management of the swim school when they realised I was more than happy for my daughter to stay in the class.

In one judgmental moment those other parents had assessed, charged, tried and convicted this 22-year-old man and told me in no uncertain terms that I was taking a huge risk letting my daughter be taught by him. They may have been too polite to use the actual word but without any evidence whatsoever they effectively labelled this man a potential paedophile.

I sat there stunned.

My immediate thought was that if these ladies could say this about someone’s son who is trying to make a difference, what would they do or say if my son grows up and wants to be a teacher to young kids?

At a time when society is crying out for the need for more male role models, because so many children are growing up without fathers, grandfathers or other male role models in the home, we all need to help, not hinder, the ability of good men to actively contribute to the raising of young people.

Society in general is making and taking far too many unfounded assumptions as gospel nowadays, especially when it comes to men, before due diligence is completed.

In a separate case, but one which illustrates this point, a female Court of Appeal judge has just ruled that she had doubts about the credibility of a mother’s evidence after the woman alleged during family court proceedings that her ex-husband had sexually abused their two-year-old child.

The WA man is now seeking compensation after spending more than seven months in jail for a crime he has now been found not to have committed.

The man’s lawyer hit the nail on the head when he said that he hoped his client’s ordeal would “contribute to a change in the mindset of authorities” to ensure innocent people were not jailed.

In other words, just because the father was a man and an allegation was made, it was believed.

Less than one in every five teachers in WA primary schools is male, and some schools in the state have no male teachers in the classroom.

Although there was a slight increase in males doing education courses at WA universities from 2012 to 2014, they are still heavily outnumbered by women by a long way and far more males go into secondary teaching that primary school teaching.

Despite best efforts of education authorities to redress the balance, progress has been slow and sadly teaching is now been seen as a less-safe profession than it once was.

In WA, threats and violence have risen against principals and teachers at a rate more than five times higher than most other workplaces. Alarmingly, much of this violence is coming from parents of students at the school.

The old days of the parents respecting the opinion of a teacher and accepting their own child’s poor behaviour seem to have long gone. Nowadays, fewer parents can admit their own child has done something wrong. Instead, too often the teacher is targeted by the parent which in the end does not help anyone.

When a young man starts factoring in the violence as well as the sniggering and back-chatting that I witnessed at that swimming class, it is little wonder that they choose to enter another profession rather than teaching.

Yes, trust has been broken in recent years due to certain conduct of some individuals. Some high-profile cases have hit the headlines involving inappropriate relationships between staff and students. Those teachers deserve to face the full force of the law if they have crossed what is a very clear line.

But as a society, we need to trust ourselves as parents to actually trust again.

There might be all the training available in the world and more advertising to attract male teachers. But if we as a society do not change our prejudicial views it will not make a blind bit of difference.

The WA Department of Education does not have separate guidelines for male and female teachers. All teachers are expected to know, understand and comply with the guidelines currently in place, the code of conduct and to use their own good judgement.

Some of the questions the guidelines instruct a teacher to ask are ‘am I doing the right thing?’, ‘how would others judge my actions?’, ‘how could my actions impact on others?’, ‘should I discuss this with someone else?’

Teachers are directed via the department guidelines in every situation to apply ‘accountable and ethical’ decision making. If as parents we had to do this, most of us would fail at the first hurdle.

All that reads well but let’s try to apply these words to a practical schoolyard example of a young girl who has fallen over and cut open her leg. The old-fashioned ‘bloodied knee’. The first instinct of any adult – male or female – would obviously be to comfort the child. You might put an arm around them or even give them a hug. You would do it with your own child and you would do it to a kid in the schoolyard if you were on parent duty.

But how would those simple and perfectly normal actions stack up against the four ‘ethical and accountable’ decision making processes in the guidelines?

In today’s judgmental and litigious world a male teacher would almost certainly wait patiently at some distance for a female teacher to come and ‘take over’.

The little girl may be sobbing and in pain, but that man is saving himself is protecting his reputation and even saving himself a potential court case. After all, many terrific careers have been ruined by false allegations, assumptions and rumour-mongering.

Teaching is a very rewarding profession and I should know – I trained as one.

It is so sad that teachers just cannot get on and simply teach our children without worrying about this politically correct world we live in.

The fact is, more often than not, it is your child’s teachers who are picking up the pieces when it comes to families affected by drugs, lack of self-discipline in a world where dysfunctional families are on the rise.

But for society to get back on track, next time you complain that your child’s school is lacking enough male teachers why not ask yourself if you are one of those parents who perhaps does not actively encourage the acceptance of a man to teach your child, especially your daughter.

If you have had reservations about the fact your child is being taught by a man this year, let’s make 2016 the school year where you realise that education is the key to a better future for him or her.

Children are pretty perceptive and if they pick up on your hesitation about their ‘male’ teacher, you are projecting your insecurities onto them.

Preparations for this school year began weeks ago. Teachers have enough to deal with. Let’s leave the threats, the violence and the prejudices behind and make 2016 the start of a new era for our kids, and for men in the teaching profession.

Karalee Katsambanis is a mother-of-three and a journalist for more than 20 years.