on March 28th, 2012 Posted By BG in World News
by Breanna Tucker - The Sydney Morning Herald 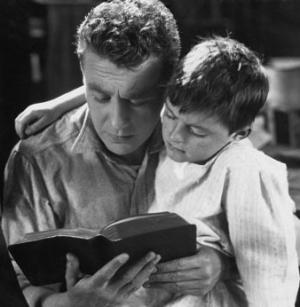 Just like the rest of the nation, Canberra’s non-government schools have proven they’re outstripping the public sector in attracting male teaching staff.

Latest figures from the Australian Bureau of Statistics show the ACT’s non-government schools have recorded a 27 per cent increase in male teaching numbers since 1997 compared with an increase of just 1 per cent in the public sector.

This was marginally better than national averages, which showed a 25 per cent increase in non-government schools and a decrease of 2 per cent for public schools.

University of Canberra head of secondary education Simon Leonard said he had never noticed any signs of a preference for the non-government system among any of his students once they finished their teaching degrees.

Instead, he suggested the trend might be more reflective of a growth in the number of non-government high schools, which tended to be more popular for male teachers.

”I don’t think this would be a public versus private issue, just that there are more jobs in the non-government sector.”

But a number of male teachers from the Islamic School of Canberra have suggested it might be because the public system is too hard to get into and too slow to offer jobs.

Year 8 teacher Tom Harvey applied to both systems when he finished a postgraduate teaching degree at the University of Canberra and said the Islamic School of Canberra was the first to offer him a position.

”I tried applying for the public system but it got a stage where you had to put your secondary schooling and there was no ‘overseas’ option,” Mr Sheriffdeen said. ”I was schooled in Sri Lanka and the website wouldn’t let me go to the next stage without putting it in, so I gave up.”

Islamic school principal Imam Ali said he had struggled to find male teachers as none was applying.

He changed advertising strategies from a newspaper to a teacher recruitment agency and has now achieved a 50-50 balance.

”Having male teachers is very important to us because our students need to be separated [into male and female classes] for sport,” Dr Ali said.

The ACT Department of Education said it did not have any specific strategies to recruit male teachers.

”We believe everyone who applies for a teaching job does so on a level playing field and that successful applicants are those who display strong academic qualifications and the aptitude and passion needed to become a teacher, regardless of their gender,” a spokesman said.